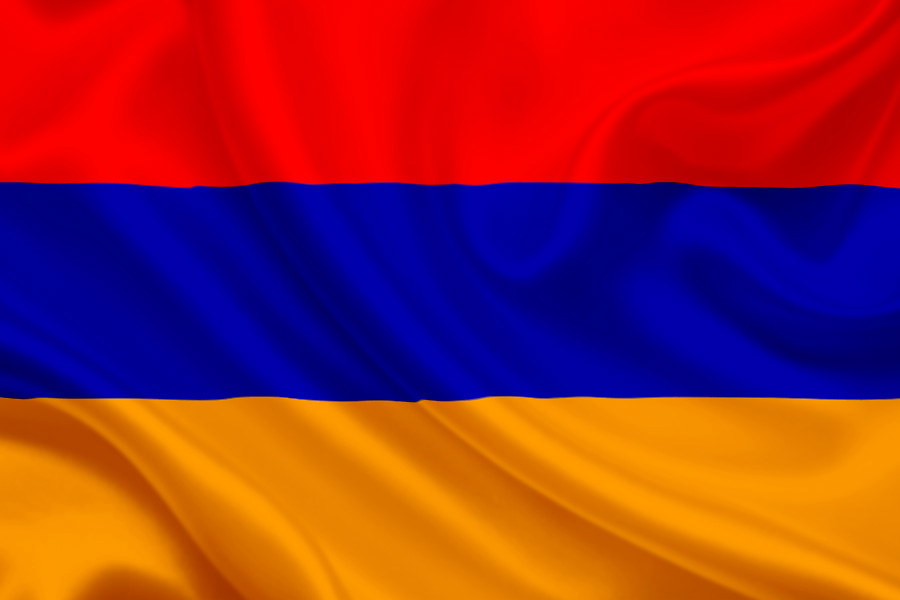 National flag of Armenia was approved on the 24th of August, 1990. Colours presented on the flag of Armenia are the colours of the final period of the Rubenidov dynasty (the kingdom of Cilicia). Rectangular banner consists of three equal horizontal strips: top - red, middle - blue and the bottom one is orange. Red, blue and yellow have major symbolic significance of all the composition. The meanings of the colors have been interpreted in many different ways and one of them, is: the red colour symbolizes the blood shed by Armenians in the defence of their country, blue colour is a symbol of the country’s nature, and orange one signifies national courage and industriousness. However, the official symbolic meaning of Armenian flag stated in the constitution is interpreted as follows: red symbolizes the Armenian highland, the Armenian people's continued struggle for survival, maintenance of the Christian faith, Armenia's independence and freedom. Blue symbolizes the will of the people of Armenia to live beneath peaceful skies. Orange symbolizes the creative talent and hard-working nature of the people of Armenia.