Tours, Attractions and Things To Do in Gyumri

Gyumri is the second large city in Armenia. It lies on the Shirak plateau which crosses several mountain gorges. The city itself is located in the close quarters from the Aragats northern mountain ranges. Gyumri concentrates a lot of mineral deposits and the whole city’s southern part is located above an artesian basin. If the city’s population in 1840 numbered merely 600 people, then today 146,000 people live there. 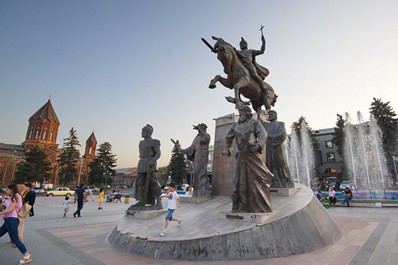 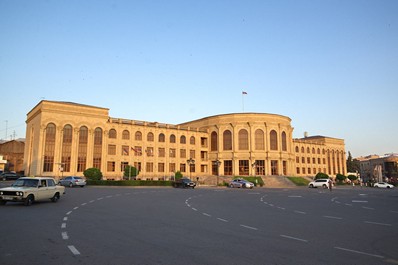 In ancient time, there was Kumayri settlement in the place of the city. The settlement’s name originates from the name of the Cimmerian, the tribe (Scythian contemporaries) inhabited this territory. The Kumayri was mentioned for the first time in the VII-VI centuries BC. In the Middle Ages the city was named as Gyumri. For a long period, it was under the Arabs, then under the Turks and Persians. In the course of Russian-Persian wars Kumayri became a part of the Russian Empire in 1804, and in 1837 the territory of Kumayri became the place where the new Alexandropol Russian fortress was established in honor of Empress Alexandra Fyedorovna, the wife of Nikolai I. From that moment the city began its development. Late in the XIX century, when a rail junction was built there, the city became one of the trade centers in Transcaucasia. In 1924 the city was re-named to Leninakan and when Armenia was proclaimed independent it returned its name Gyumri.

Today Gyumri is an industrial center. There is a regional museum, historical and cultural reserve, picture gallery, besides there are five churches, a monastery and orthodox chapel. The most beautiful and valuable among the churches is considered the Amenaprkich Church (Church of our Saviour). It was erected in 1860-1873 under Tadevos Andikyan’s project. The Church was built after the manner of the Ani Cathedral Church (Turkey), but along with this, the Amenaprkich Church is more spacious and has round-shaped windows. In the western part of the church there is a bell tower. The church’s inside part is richly decorated with different ornaments. In the Soviet times, the church was closed while the bell tower was blown up in 1937. In 1988 during the Spitak earthquake the church was almost completely destroyed but Rafael Egoyan initiated to start restoration works which are still underway. 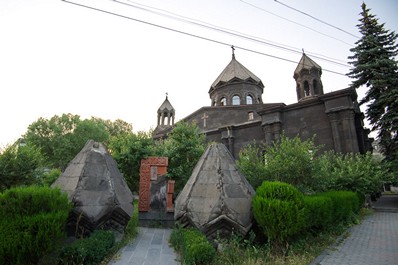 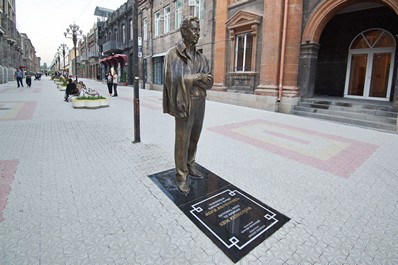 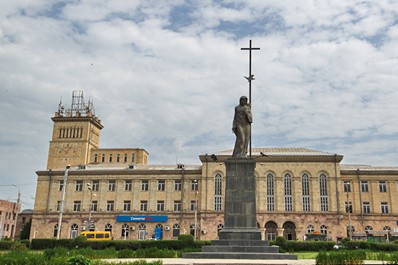 Another place of interest is the Monument to Vardan Mamikonyan which was opened in honor of the national Armenian hero, the protector of Christian belief, killed on 26 May 451 in the Battle of Avarayr with Iranian Sasanids. Sparapet (Commander in Chief) Vardan Mamikonyan and the soldiers killed together with him were sainted by the Armenian Apostolic Church.

Another monument of tsarist period in the city’s history is the Alexandrpol or Black Fortress. The fortress has preserved well. It is represented by semicircular quarters, fragments of a Cossack tana and suburb. The fortress’ function was to protect the Russian borders from Persian and Turkish troops. In the XIX century it was the center of Gyumri city. The excavations under the fortress revealed more ancient cultural layers. It confirms the fact that the fortress was built on the place of a more ancient structure.