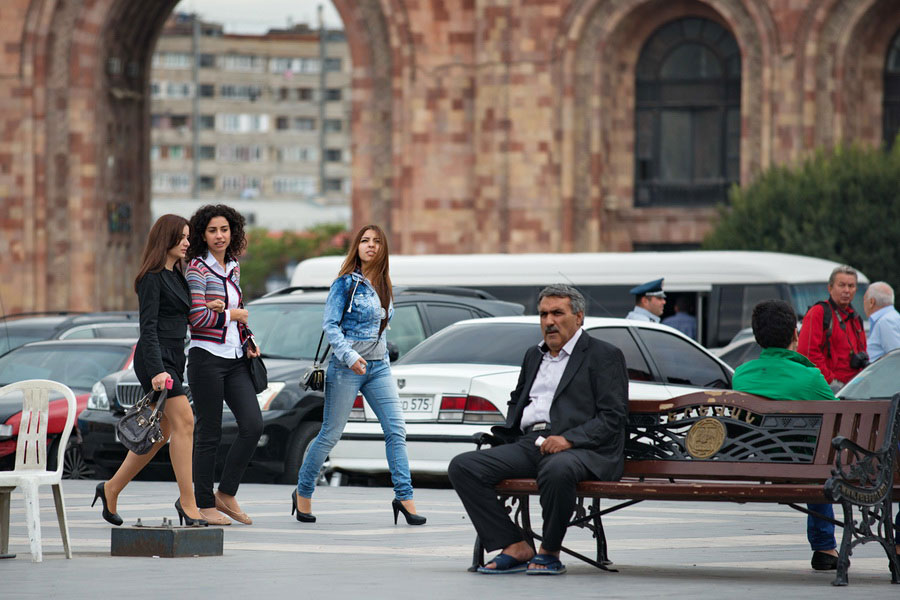 Today the population of Armenia is about 3.5 million people. However, Armenian Diaspora worldwide totals more than 10 million: in the days of the genocide many Armenians were forced to leave their native land.

Armenian language belongs to the separate group of Indo-European languages. Classical Armenian language is used only for masses. The modern alphabet of Armenians was invented by Mesrop Mashtots, the educator and scholar, in the 4th century (405-406). To accomplish that, he had to study languages of other European and Asian countries. After he had gathered and processed the data he created the original 36-letter Armenian alphabet. Armenian language is unique since it has not become a dead tongue like Ancient Greek or Latin. Despite the changes in lexis its sound structure remained the same. Mesrop Mashtots is also the founder of Georgian alphabet. Before the creation of Mashtots' alphabet Armenians wrote in Greek, Assyrian and Syrian. 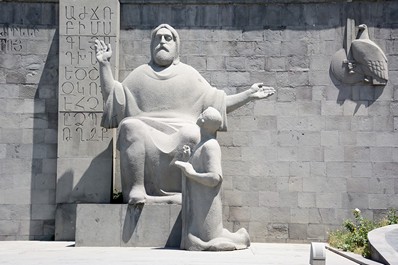 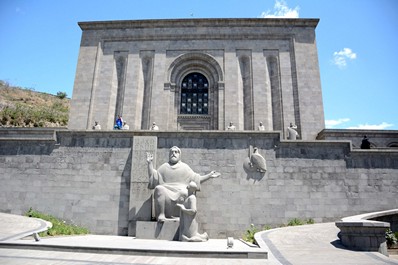 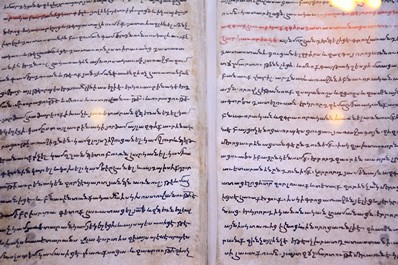 The modern Armenian language has two branches: eastern, accepted in Armenia and Iran; and western – used in Asia Minor, Europe and the USA.

In 2005 all Armenian people celebrated the 1,600 th anniversary of Armenian alphabet - one of the most ancient in the world. It is remarkable that for all this time it has not undergone any essential changes. To commemorate the significant event 39 stone letters of Armenian alphabet were installed on the eastern slope of Mount Aragats - the only monument to letters in the world!