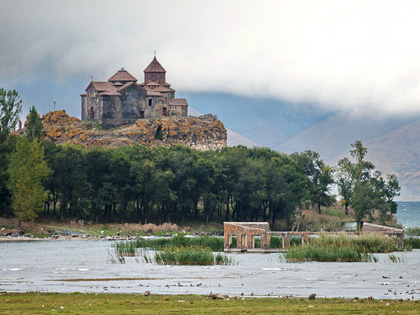 One-day tour along the west shore of the Lake Sevan. Excursion to ancient Christian relics on the shores of the largest lake in Armenia.

In the northwest part of Sevan Lake, on a narrow rocky peninsula, there stands one of the most prominent examples of medieval Armenian architecture – Sevanavank Monastery.

In ancient times, the peninsula was stand-alone island. It was separated from the shore by 3 km of transparent water full of fish, which were caught by the monastery. The monks first arrived there at the end of the 8th century, and they built a small chapel and few cells. The island position was so convenient that the growing monastic brotherhood started to build a monastery there. First they cut a ledge in the rock and laid big stone blocks on it. Very soon the wall gained a watch tower, and little gate surrounded the island. Later three churches, cells and other structures were constructed. 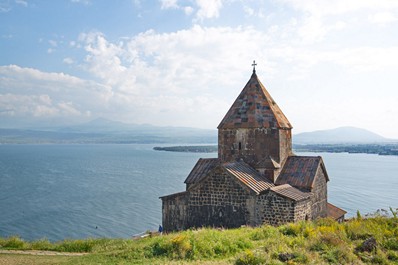 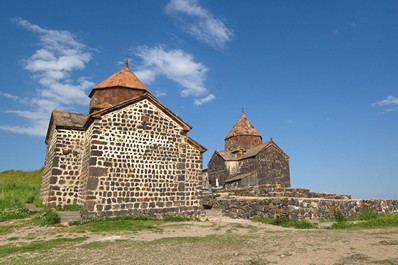 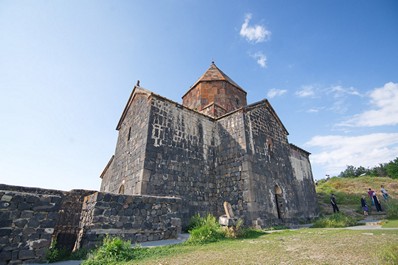 The remnants of the monastery that was constructed in the 9th century include only two temples – Surb Arakelots and Surb Astvatsatsin, standing among numerous khachkars. The church buildings were constructed from black tuff, which probably gave the monastery its name Sevanavank - “the Black Monastery”. The churches are cross-shaped buildings. They are distinguished by their masonry, featuring cut stones in combination with encasement of the drums and similar eaves and arches.

Inside the main remaining church is an interesting khachkar. Not only is this khachkar one of the handful that features Jesus Christ, but the carving is intricate and detailed (despite the toughness of the stone). The image of Christ has distinctly Mongol features, since it replicates the style that was common in the 12th-13th centuries. At that time, Mongol armies were coming into Armenia, but they wouldn’t touch the churches if they saw that the images of holy figures looked like Mongols. The rest of the designs tell stories from the Bible, and heavily feature motifs from carpets. 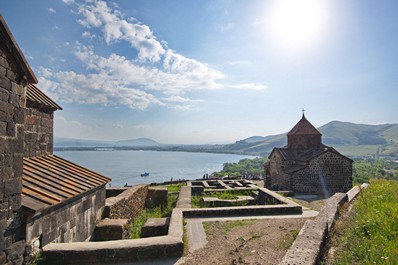 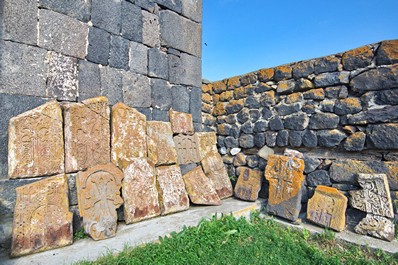 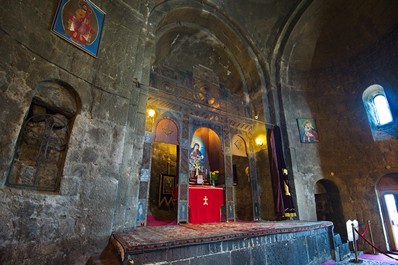 In the end of the 9th century the monastery was a ground of the great battle between Armenian King Ashot and Arab armies, whose purpose was to conquer these territories. Ashot and his very small detachment, aided by a group of monks, heroically defended the monastery for a few months, not allowing the enemies to reach the island. Ashot then fought the Arabs in an open battle and defeated them. The island with the Black Monastery was repeatedly attacked by other invaders: Tamerlane's hordes, Persians and others. The monks fought off the raids and the monastery lived on. In the 16th and 17th centuries Sevanavank lost its walls, though. The monastery ceased to exist in 1930, when the last monk left the island.

Today the two black temples of Sevan stand deserted like two guards of this ancient lake. The view from there is simply magnificent: the mountains surround lake from all sides and snow tops are seen almost on the entire perimeter and disappear behind horizon. And behind the horizon of the dark blue open water space shrouded in fog are the green mountain slopes whose tops are covered with snow even in summer.