There is nothing like the Cascade Monument anywhere on the post-Soviet territory. At first sight it is difficult to define its genre: it is neither a monument nor a building. To put it simply the Cascade is the original decoration of the city in the form of unique architectural composition. The Cascade is a system of huge staircases gracefully connecting the downtown areas and the residential areas, located on the surrounding hills. All together it looks like an enormous spectacular modernist sculpture. Huge flights of stairs with fountains run uphill, crowned with the obelisk of the Revived Armenia.

The top of the Cascade can be reached by a long set of escalators, and opens up a view of Yerevan and Mount Ararat in the distance. The Opera House and other notable buildings are also easily visible from the very heights. There are several levels as you descend, featuring fountains and more art. 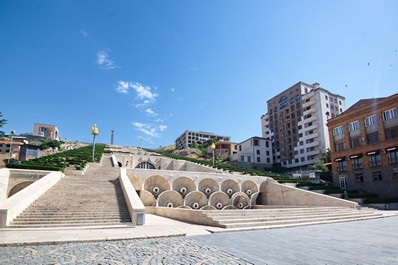 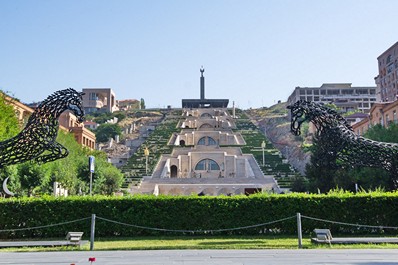 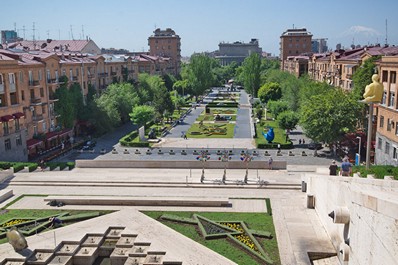 Building of the Cascade Monument began in the 1970s and was partially completed in 1981. A second phase lasted through the mid-2000s, bringing in works of modern art from an Armenian-American collector Gerard Leon Cafesjian. Currently, there are 572 steps.

The Cascade Monument is located in the very beginning of the street bearing the name of Architect Tamanian. At the foot of the Cascade, there is the monument to Tamanian, showing him bending over his general plan and wearing his mother’s shawl. Near the monument there is an amusing sculpture called “the Black Cat” by the famous South American artist and sculptor Fernando Botero, plus a rotation of numerous other sculptures. 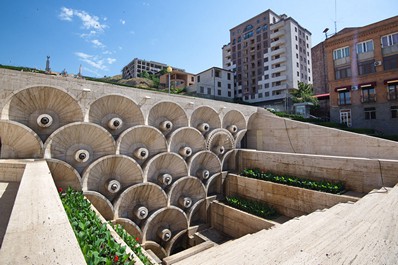 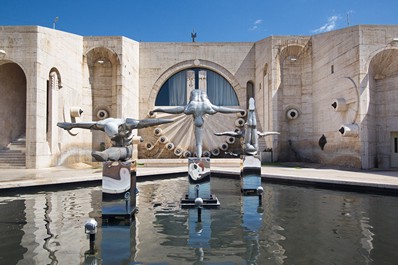 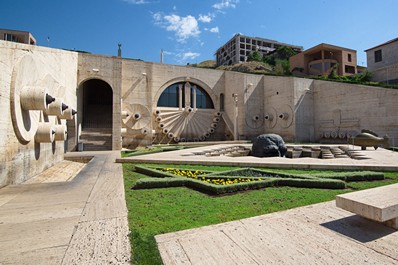