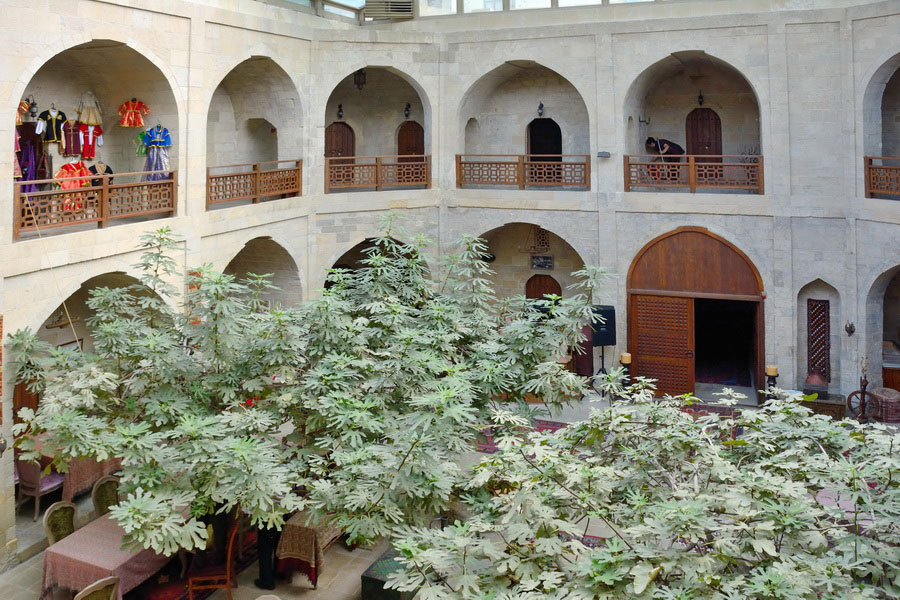 Caravanserais have been one of the most important elements of Eastern architecture. None of the eastern cities could ever exist without several caravanserais. Hundreds of caravanserais were built on numerous trade routes between the East and West, which were vital for the normal functioning of the trade routes.

Caravanserai literally means “palace for caravans” or “palace on a trade route”. In the Middle East and Central Asia it was often a place of rest, located in unpopulated areas, to house animals and people.

All caravanserais were divided into two types: open and closed. Closed caravanserais were small fortresses to repel the attack in case of danger. They were one or two storey buildings, surrounded by fortified walls. Inside, there were warehouses, stables and corrals for animals, as well as living premises.

Open caravanserais were typical for cities. They were more like hotels with stables and corrals for animals. In addition there were teahouses, bathhouses, and many other buildings and facilities for travelers.

Bukhara caravanserai in Baku is an example of an open type caravanserai. It is located in the Icherishekher old town right opposite Multani Caravanserai. It was built late in the XV century on the trade route passing through Shemakha gates. Basically, it was a place to stay overnight for the merchants and travelers from Central Asia, in particular from Bukhara, so people called it Bukharian caravanserai.

The caravanserai has a square shape. The inner courtyard was adapted for rest. There were individual cells for an individual stay. The entire perimeter of the building has pointed arches, which give the caravanserai a more impressive appearance.