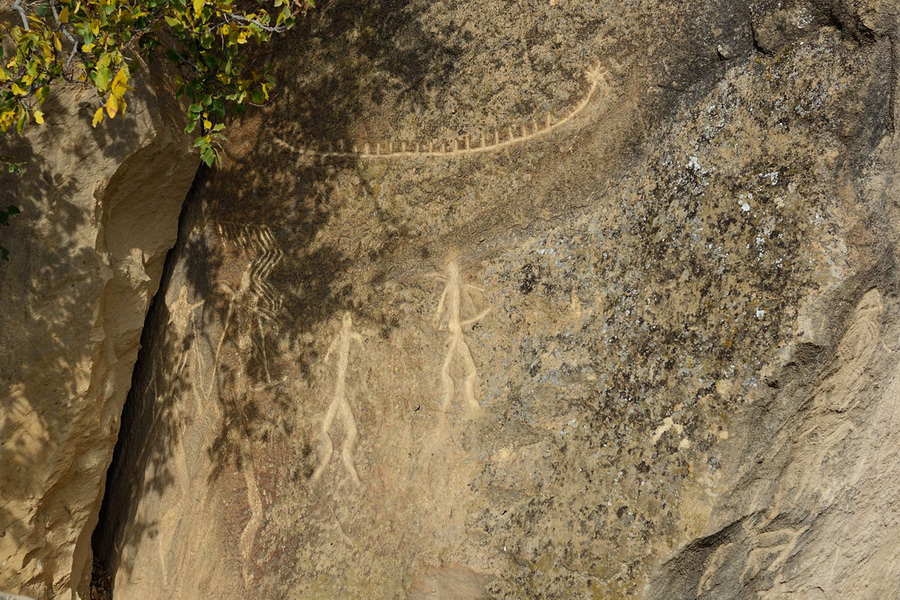 Museum of Petroglyphs is another name for Gobustan - a mountainous place in the southeast of the Major Caucasian ridge located 60 km from Baku . The archaeologists found there the ancient sites of primitive people who left behind numerous rock drawings - Petroglyphs. This primitive art displays the culture, economy, outlooks, customs and traditions of ancient people.

Long time ago the sea waves licked these mountains and then abandoned them leaving characteristic relief traces on the polished rocks. 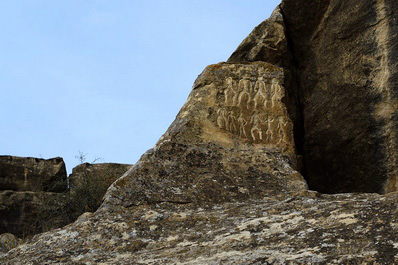 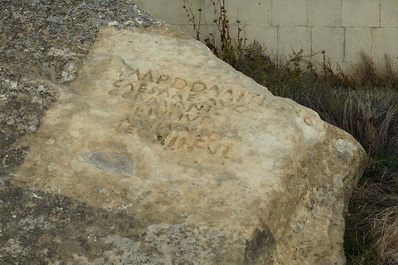 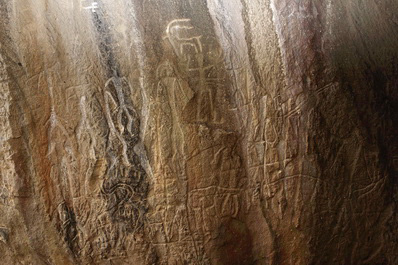 After their first accidental discovery in the 30s of the 20th century more than 6 thousand of these unusual drawings (on 1,000 rocks) have been found. Along with them ancient primitive dwellings - caves and sites - and more than 100 thousand objects of material culture have been found.

Gobustan's petroglyphs are referred to various epochs. They were made from the10th -18th centuries BC to the Middle Ages.

The drawings clearly reflect the entire evolution of humans. Here are the scenes of mountain goat hunt, ceremonial dances with spears - the most ancient period of time, mesolite. Now you see the images of horse and unmounted hunting, battles, collective work, harvesting, a woman near the fire. These are the first centuries AD - transition to a new level of social order. Closer to the Middle Ages the drawings decrease in sizes and become more schematical. 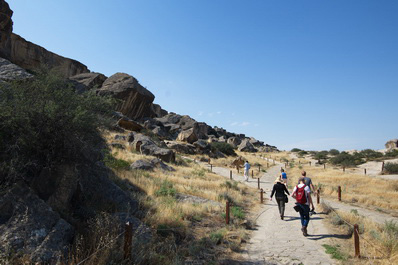 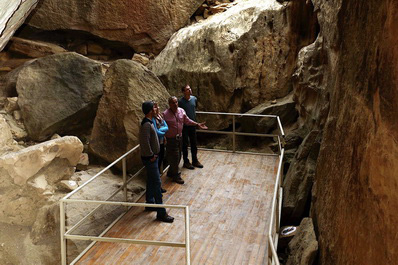 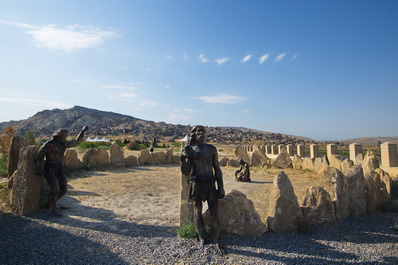 Among the abundance of drawings a special place is occupied by the images of boats with oarsmen. It is the evidence of the fact that ancient settlers were good seamen. These images attracted attention of the well-known scientist and traveler Tur Heerdal who repeatedly visited this place.

Except for the ancient drawings a remarkable Latin inscription was found at the foot of Mount Beyuk-dash in Gobustan. It is dated 1st century AD and testifies about the Roman armies stay near Baku .

Since 1966 the territory of Gobustan has been regarded as national reserve. Today is an open-air museum. Annually this stone picture gallery is visited by thousands people from all over the world.