Yanar Dag - a Reminder of the Ancient Cult of Fire 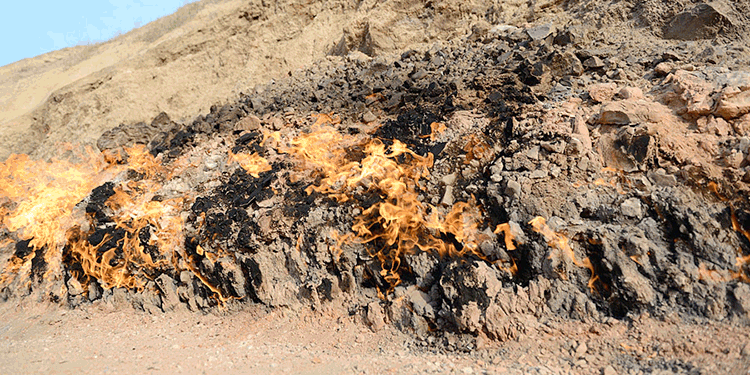 Azerbaijan is historically called the Land of Fire, and it is not for the sake of a witty remark. At a whim of nature, the land of this Caucasian country located on the picturesque coast of the Caspian Sea, is replete with underground sources of oil and gas that long for blowing out. Natural gas in the Azerbaijan bowels is so much that it comes to the surface over and over again. In some places, a match dropped accidentally or deliberately, a torch, or any spark can ignite the gas, which will keep on burning until it fully exhausts. In times of old, Azerbaijan was a country of fire-worshipers, followers of the Zoroastrian cult. People believed that fire sources were the manifestation of divine power, they worshiped them, building altars and temples.

One of the most famous and popular tourist places of the "eternal flame” in Azerbaijan is the mountain of Yanar Dag. Actually, it is rather a hill than a mountain, with natural gas burning on its slope from ancient times. Meter-long tongues of fire are licking the stratified earth approximately for 10 m in width, searing those who approached too close. People occupy the benches to watch the blazing hill in the evening, when the its sight is most effective.

Yanar Dag is located 25 km to the north from Baku, in Mehemmedi village. There are buses running to it from the city, so you can get there fairly cheap and easy. From the year 2007 Yanar Dag is declared a state-protected conservation area.