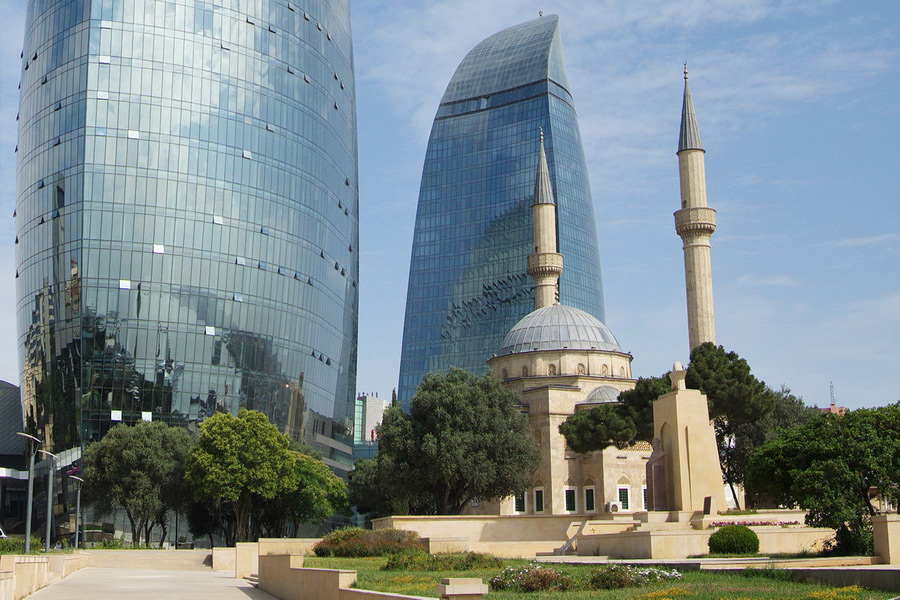 According to the Constitution, Azerbaijan is a secular state, so the religious life is disestablished from the secular one. Many religious confessions co-exist there, since Azerbaijan is a multinational country inhabited by numerous ethnic groups. In spite of this fact, the prevailing religion in Azerbaijan is still Shia Islam.

Religious beliefs in the territory of Azerbaijan have a long history. Zoroastrianism, dominated in the territory of the country in the I millennium BC under Akheminids and Sasanids, was considered a state religion of the Persian Empire (Azerbaijan was a part of this state by that time). Even now Zoroastrianism is popular among the local people. One of the most respected holidays is considered Novruz Bayrami.

Islam is the main religion of Azerbaijan. 99.2 percents of the country’s population are Muslims. About 85 percents of Azerbaijani Muslims profess Shia Islam while 15 percents are Sunni Muslims. Such division is directly connected with the fact that for a long time a part of Azerbaijan was a member of Iran, the only country where the state religion is considered Shia Islam.

Religious movements and confessions in Azerbaijan

In Azerbaijan, there are three large Jewish communities: the mountain Jews, Ashkenazi Jews, and Georgian Jews. There are 6 synagogues operating in the Azerbaijan’s capital as well as in cities of Guba and Oguz, there are also Jewish cultural centers and religious organizations functioning in the republic. The synagogue opened in Baku city on 9 March 2003 is considered one of the largest in Europe.

The history of Christianity in Azerbaijan numbers almost 2,000 years and directly connected with the name of Bartholomew, one of the Jesus Christ’s 12 apostles. He was the first to read evangelical preaching in the lands of Azerbaijan that is why he was executed in 71 AD in the territory of modern Baku not far from the Maiden Tower. Over a period of two thousand years his death’s place has been a sacred space for all Christians.

Both orthodox and catholic churches operate in the country. At present moment Azerbaijan has 5 operating orthodox churches with three of them Holy Myrrhbearers Cathedral, Blessed Virgin Mary Church и Church of Michael the Archangel located in Baku.

Catholicism began spreading in Azerbaijan from the XIV century when the country was flooded with a stream of missionaries from different Catholic missions: Dominicans, Carmelites, and Franciscans. The foundation of the first Catholic church – Church of the Blessed Virgin Mary's Immaculate was laid in the beginning of the XX century. In 2002 Azerbaijan was visited by the principal of Catholic Church supreme pontiff John Paul II. At present time the Catholic confession in Azerbaijan is few – about 500 people. In addition to the orthodox and catholic Christians , there are 25 small communities of Protestant-Baptists in Azerbaijan.