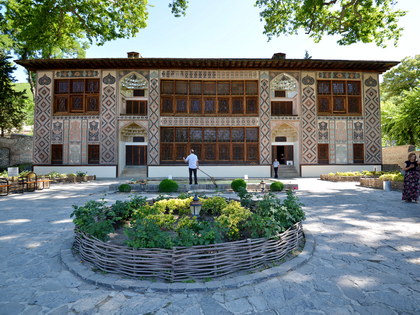 Tour to Sheki and Lahij (Lahic)

Interesting tour to the western part of Azerbaijan where you will visit medieval palaces, learn important periods in the history of the country and experience everyday life of an ordinary mountain village.

If you are ever touring in Shamakhi, do not miss a visit to a historical-architectural landmark in its surroundings – village Lagich built in the 5th century B.C. on the canyon of the river Girdimanchai (Upper Caucasus).

The village is small, but very picturesque. The territory is recognized as a cultural reserve and is considered a popular touristic destination of the Great Silk Road.

Lagich has preserved its trade and craft center up to now. You can meet there unique hand-made items from copper, adorned with carving in the form of oriental ornaments, knitted and weaved goods, wood and leather ware, souvenir knives and many other. 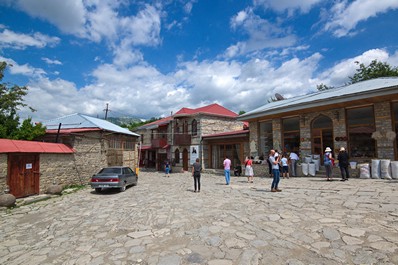 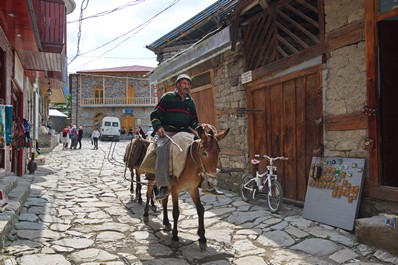 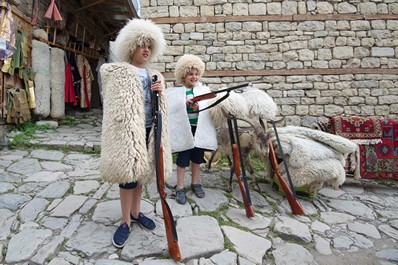 History of the craft village

There is no exact data of the origin of the Lagich settlement and the chronicle of this place is based on the legend. According to one of them, Persian shah Kai Khosrow killed a respectable ruler of one of the cities in the struggle for power. It caused indignation of masses. In order to save own life, he fled the country. The shah found shelter in the mountains not far from current place of Lagich where he spent the rest of his life. The village was formed by his servants and their families from the tribe lagich, who settled near the shelter of their master. Gradually, the settlement expanded and turned into artisans’ center.

It was already then, hundred years ago, when copper became the main material of Lagich craftsmen. Local dwellers learned to melt it in their motherland, in Iran. In the new place, artisans developed their skills and established trade connections. Craftsmen workshops with melting stoves appeared on the territory of the village and the fame of beautiful and unique copper pieces spread around.
Big caravans from Turkey, Georgia, Armenia, Persia, and Dagestan started to pass across Lagich. Merchants would deliver food, copper, fabric to the village and would take back cold steel, souvenirs and other copper household items with themselves.

The village developed and improved. Streets were slabbed, two and three storey houses were built. People learned to do sewerage and water-pipe channels. 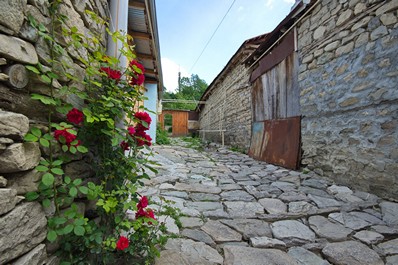 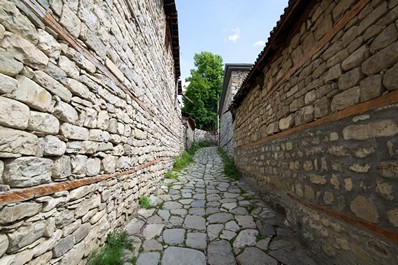 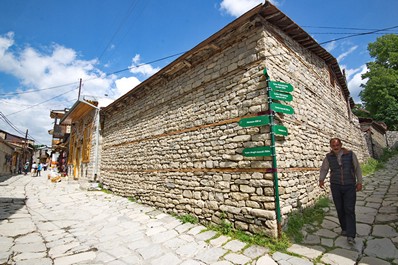 Lagich gained absolute fame within few centuries, thanks to masterpieces of local craftsmen. Merchants from all parts of the world visited to purchase them. However, in the 19th century, the craftsmanship fell into decay. It was due to the development of the world factory industry. Mass produced factory goods were cheaper and almost as good as the hand-made items. Moreover, it was possible to purchase them in a large amount. Lagich faced a decline and many masters started to leave for big cities in order to earn their living. Very few people remained in the village, who mainly survived at the expense of farming.

In 1980 the Soviet rule announced Lagich a historical-cultural reserve of Azerbaijan. The place began to attract tourists, and the artisanship revived again. Of course, it is not on the same scale as it used to be, but important is that locals managed to preserve all secrets and subtleties of the ancient crafts. Some items from Lagich were included in the collection of Louvre and Bern Museum.

As soon as Lagich received the status of the cultural object, its population started to grow. Azerbaijani village did not lose its colorful historical look. Wandering streets, one might hear rumble of ancient workshops coming from somewhere.

Copper, leather and carpet crafts are still flourishing, with only one difference that main merchants today are tourists. Moreover, local goods are supplied to many foreign shops too.

The little town is decorated with paved squares, accurate houses, and hand-made crafts shops full of interesting pieces created by the Lagichians. People here are kind and friendly, and the air is literally filled with the atmosphere of calm, coziness and unlimited talent of the locals. 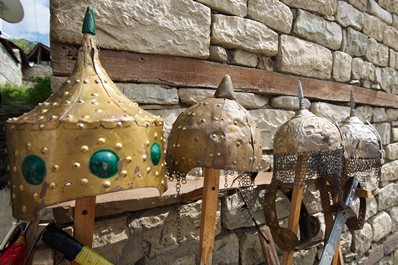 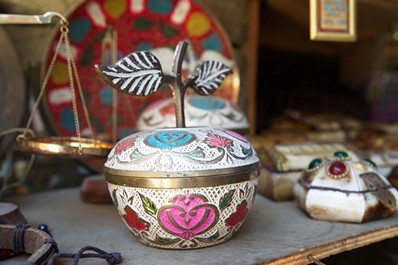 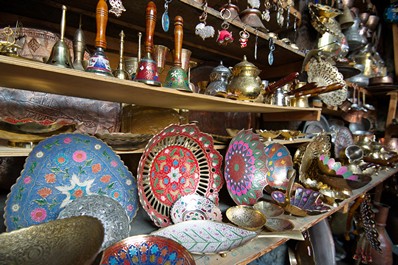 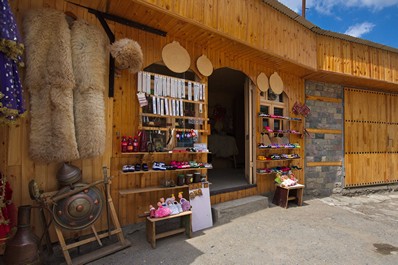 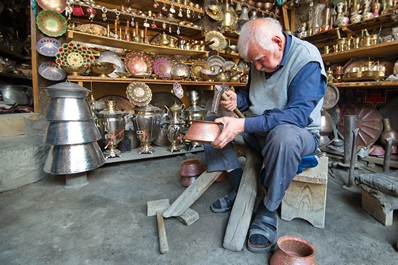 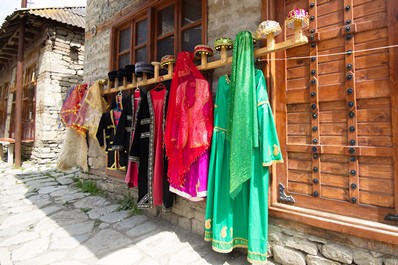