Temple from the period of Caucasian Albania in Sheki Vicinity

Kish is one of the oldest villages in present-day Azerbaijan, and is well-known for a church here, during the period of Caucasian Albania. The current building of the temple of Saint Elisha was built in the 10-12th centuries. According to some scholars’ opinions, the church in Kish stands on the same place where St. Elisha founded his own church. That is why the temple in Kish is often referred to as one of the oldest spiritual centers in the Caucasus, since St. Elisha was the first patriarch of the Church of Caucasian Albania and an early Christian leader in the Caucasus. Radiocarbon dating of artifacts found under the church has confirmed that this has been a holy place for even longer than the current church has existed. It is interesting that one of the initiators of archeological excavations was the famous Norwegian traveller and ethnographer Thor Heyerdahl. 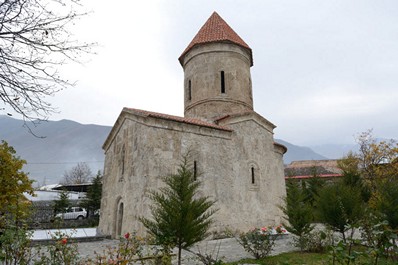 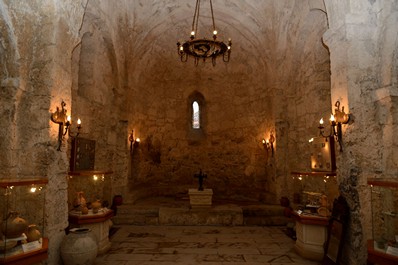 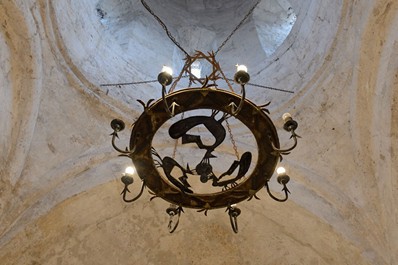 Elisha was one of the first leaders of Christianity in the Caucasus, and was a follower of St. Thaddeus (St. Jude). Elisha traveled throughout the region, and in the 1st century AD, founded a church on the spot of the church in Kish. Nothing remains today of this original place of worship except the current cathedral, built in honor of the first leader of the Church of Caucasian Albania.

The church in Kish is beautiful with its own spare style. The current building dates to about the 12th century, while remains found on the side date back millennia. The masonry building is finely tiled. It has exquisite marquee dome and narrow windows. The inner architecture is typical of a rather small temple and the inner yard holds an ancient cemetery (not more than 50 people). Above one grave, restorers placed a transparent plastic dome that allows visitors to see the skeleton of an unusually tall man (about 2 meters).

The temple of St. Elisha in Kish is one of the most frequently visited monuments dating back to the Caucasian Albanian era.

Another Christian temple from the Albanian period (6-7th centuries CE) is in the village of Orta-Zeyzit, near Sheki.