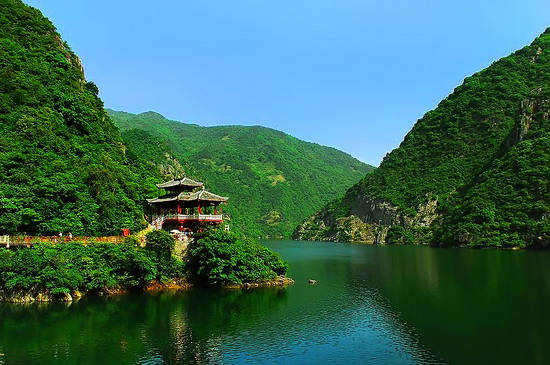 The province is the gate to the Northwest of China. It is located in the center of the country and is considered the spiritual cradle of Chinese culture and history as well as the starting point of the Silk Road. There, in the city of Chang’an (now the administrative center of Xi’an province) originated the legendary trade route to the West. The province has very ancient and rich history. For over 1,000 years it was the political, economic and cultural center of ancient China. Capitals of 13 dynasties, including such well-known as Zhou, Qing, Han, Sui, Tang were situated there. The country was governed from there for 1,180 years.

In antiquity the province was called “Qing”. The periods of its prosperity were under the rule of Han (206 BC – 220 AD) and Tang (618-907) dynasties. The civilization of feudal system there was the highest in the world.

Shaanxi is also known for its amazing nature. The Qinlin ridge, the Huashan and Taihuashan mountains, the Hukou waterfall, the Loess plateau, the biggest fresh-water lake in desert, the cave of stalactites in Shangluo and the hot spring Huaqing which is the first natural hot spring in the history of China are among the natural landmarks.

Shaanxi is one of the favorite places for tourists from China and all over world because there are so many historical monuments of ancient culture.

The territory of the province hosts 72 tombs of emperors, the proof its importance as public, economic and cultural center of China during various periods of its rich history.

Cities of the Shaanxi Province

The city of Xian, the administrative centre of the province, is one of four ancient capitals of our planet. In the history of China Xian was the capital of 13 ruling dynasties. It is, perhaps, the most special Chinese city. Local residents call it the cradle of a civilization. It is where the history of China and the Silk Road start from. The period of its highest development coincided with Sui and Tang dynasties rule (582 - 904) when the city was the biggest in the world. At that time it was called Chang’an (literally Perpetual Peace). Chinese archeologists assume that the city of Xian was founded in the 2nd century BC. The first emperor of the united China, Qin Shi Huang made it the capital of the new state. The Silk Road started from there. Caravans loaded mostly with fine Chinese silk, porcelain or teas, moved to Europe through Samarkand and Bukhara. The city became the world’s trade centre, and a great number of merchants, travelers from various countries of the world settled there.
More information about Xian

Baoji ranges among the Chinese cities, interesing for tourists. As recently as a half a century ago there were about 100 people, today the city's population reaches several million people. It is due to a strategically important location of the city, which since ancient times was considered the crossroad of several trade routes.
More information about Baoji