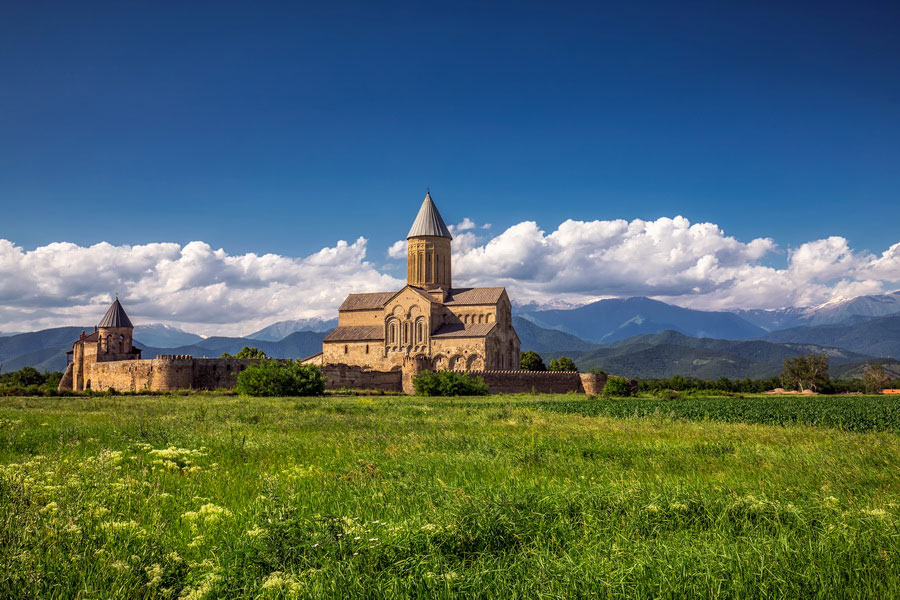 Just 20 km (12 miles) from Telavi, in the village of Alaverdi, is Alaverdi Monastery, one of the most important medieval monuments in all of Georgia. It was built in the beginning of the 11th century, and was one of the tallest buildings of its time (and the tallest religious building in Georgia until 2004). The cathedral was built on the spot of the smaller Church of St George, and the current cathedral is also dedicated to him. 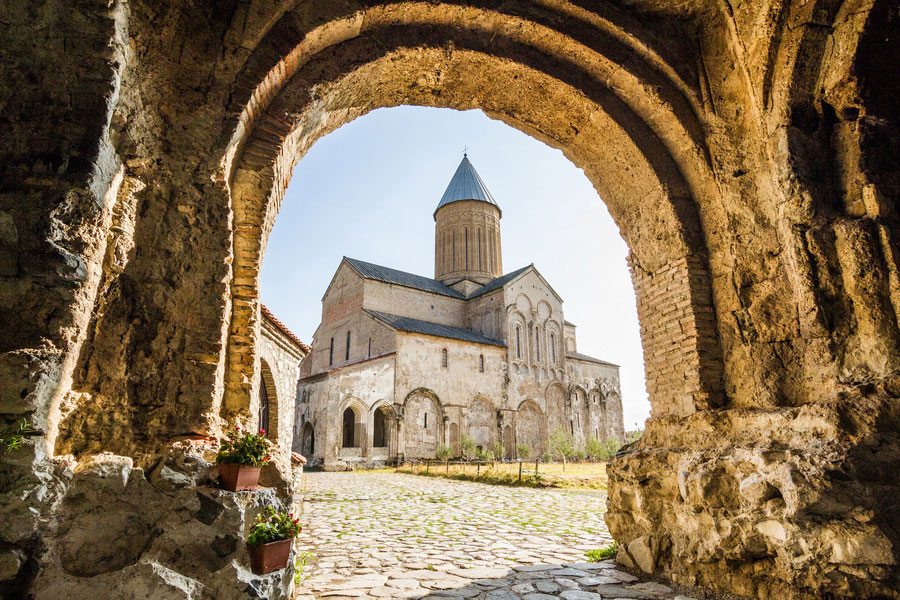 The Alaverdi Cathedral was destroyed several times by invaders. The first restoration was carried out in the 15th century. The second was in the 18th century, after a strong earthquake. The restorations and rebuilding made slight changes to the shape of the cathedral, but Alaverdi remains an excellent example of medieval Georgian architecture. The cathedral is the centerpiece of an architectural ensemble, surrounded by a fortress wall. The ensemble includes a refectory, bell tower, and summer palace. The cathedral was built in a rectangular shape, with a dome on a large barrel in the center. The outside of the cathedral is no less impressive than the interior. The large dome creates a feeling of openness inside the cathedral. Fragments of frescoes from the 11th, 15th, and 17th centuries survive inside. From the 17th to the 18th centuries, a convent operated here, which accepted women with royal heritage for a monastic life.