Georgian cuisine features a variety of dough-based dishes. Georgian cooks have special care for corn meal and corn oil, that is why many Georgian dishes are cooked based on these ingredients.

One of the main national dishes of Georgian cuisine is mchadi, nosey corn fritters which according to Georgian culinary traditions need to be served with Imeretian cheese or Suluguni cheese. The secret of good baking and inimitable taste of mchadi is in corn meal. The best corn in Georgia is thought to grow in the township of Abashi in the west of the country. There is a popular belief among the Georgians, that the mchadi will be more delicious if to bake the fritters from the flour, ground in a water-driven mill. Georgia has many recipes to prepare mchadi. Every housewife adds something of her own, but the main ingredients of this remarkable Georgian bread remain unchanged: fine corn flour, salt, vegetable oil and naturally Imeretian cheese or Suluguni. 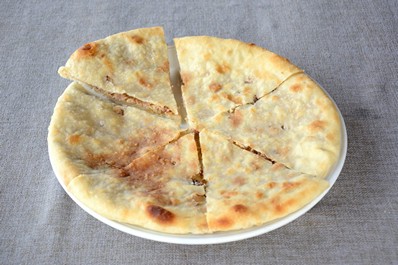 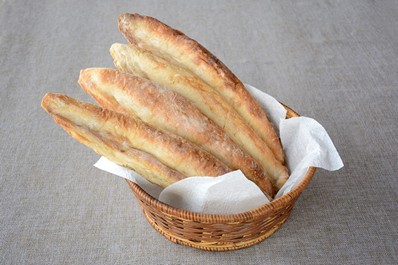 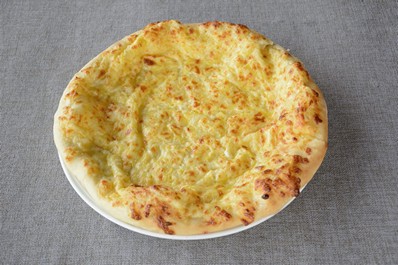 Of special note is Georgian pie with cheese – achma, cooked from an ample quantity of
laminated dough, which is slightly cooked. As far as filler concerns, the same Suluguni and Ossetian cheese are used for it. The peculiarity of this national dish is that the dough is not sweet while the cheese should be salted. Following the old Georgian traditions, achma is served hot.

Georgian cuisine is famous not only for its pies with meat and cheese, but also for various sweet pastries. A very delicious laminated dough-based biscuit – kada, Caucasian national dish can be mentioned there. This biscuit is baked from several layers of sweet dough, soaked with nut filling.