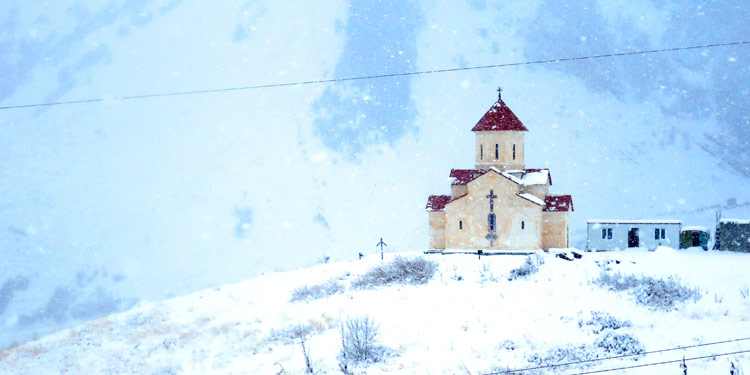 Roughly 80% of Georgia’s population is Christian, with most belonging to the Georgian Orthodox Church. Georgia was the second country in the world (after Armenia) to adopt Christianity as the official state religion in 326 CE.

Despite the huge influence of Christianity in Georgia, there is lots of diversity in the country and thus lots of tolerance for other religions. Some Abkhazians and Georgians from the southern and southwestern parts of the country (like Adjara) are Sunni Muslims, as are Azerbaijanis. Assyrians, Armenians, Greeks and Russians have their own orthodox churches, and there are also a small number of Catholics. 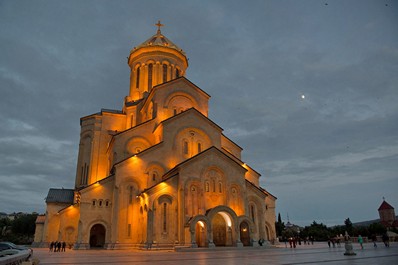 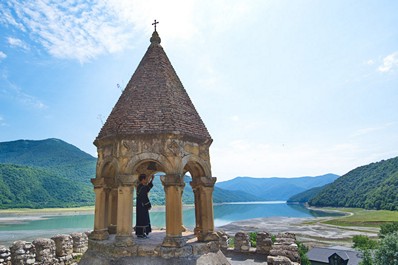 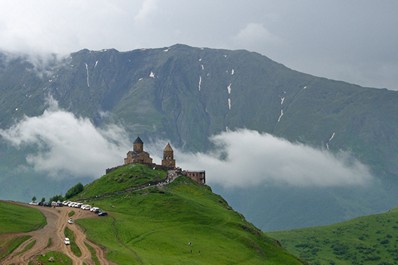 In those days, there were two states in what is now modern Georgia: the eastern state was Kartli (Iberia) and the western was Egrisi (Colchis). Andrew the Apostle preached in both, a fact that has been confirmed not only by Georgian chronicles but also by Greek and Latin church authors.

During the first centuries after converting, Christians were subject to persecution. However, in 326 CE, Christianity became the official state religion thanks to St. Nino Equal to the Apostles. Nino was said to have been born in the Roman province of Cappadocia, and she was related to St. George, the patron saint of Georgia. After receiving a vision of the Virgin Mary telling her to preach the Christian gospel in Iberia, now part of Georgia, she left for the Caucasus. She faced intense persecution, but still reached Mtskheta and chose the spot for the main cathedral there, which is part of why the church there has such special significance (the church also houses part of Jesus’ robe). When the king of Iberia chose to convert to Christianity and make it the official state religion, he made Mtskheta the center of Georgian Orthodoxy.

By the 4th century, Christianity was firmly established in Georgia. However, there were huge threats from external enemies, such as the Persians, Arabs, Turks, and Mongols. As outsiders tried to force Georgians to abandon their beliefs, many people were martyred. In 1226, the citizens of Tbilisi refused to obey the shah of Khorezm, Jalal al-Din, and 100,000 men (from children to old men) were executed. Their memory is honored every October 31/November 13. The warrior Timur came in 1386, killing the nuns of the Kvabtakhi Convent, and during the invasion of Shah Abbas in 1616, 6,000 monks at the David-Garetz Monastery were killed. 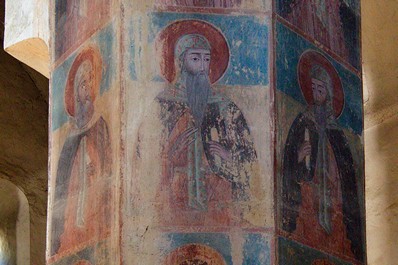 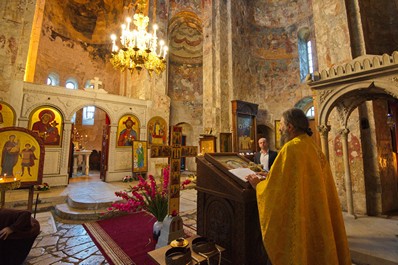 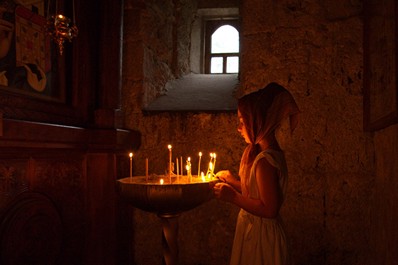 Despite the sometimes tragic history of the Georgian church (which since the 9th century has been headed by the Catholicos-Patriarch), the faith among the people has been strong. Georgia is full of churches and monasteries, and many of these were educational centers. In the 12th century, David the Builder built the great Helatian Monastery (near Kutaisi), and the academy there has since been recognized as one of the greatest theological and scientific schools in the orthodox world.

Starting in the early 19th century, Georgia was part the Russian Empire, and the exarch was established, by which the Georgian Orthodox Church was forcibly integrated into the Russian Orthodox Church. After the Georgians gained independence in 1917, the independent church was reestablished, though Georgia was officially atheist under Soviet rule. Cyrion II was elected the first Catholicos-Patriarch of the newly independent church, and the post has been filled since 1977 by Ilia II, the archbishop of Mtskheta and Tbilisi. Currently, thousands of tourists make pilgrimages to Georgia to visit the relics housed there and the many holy places around the country.