In the Old Town there is the ancient acting St. Mary Church constructed during the reign of Dacha Udzharmeli, the successor of Vakhtang Gorgasali, in the 4 th century. The beautiful rectangular building of the church was build under the influence of ancient Palestinian architecture. The doors of Anchiskhati church are decorated with traditional Georgian cross similar to the one made by St. Nino. On the western facade of the temple there is a stone medallion with the cross which has survived since the earliest version. The upper parts and arches were reconstructed in the 17 th - 19 th centuries. 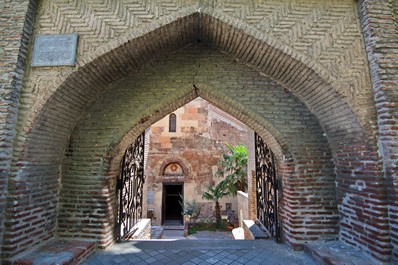 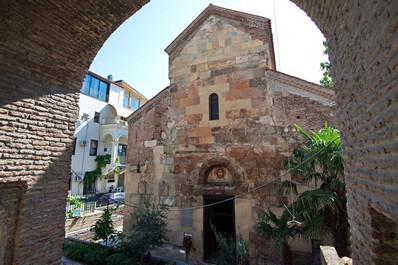 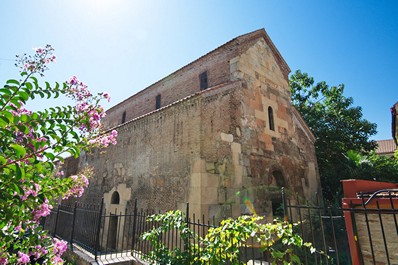 The church received its present name in the 17 th century when the big icon from Anchi cathedral ( Southern Georgia ) was moved there. The icon of the Vernicle Image of the Savior is one of the greatest relics of Georgia . It was made by means of encaustic (using hot wax paints) which originated in Byzantium approximately in the 6 th century. The icon of the Savior from Anchi became widely known in the 12 th century when Beka Opizari, the goldsmith of queen Tamar made the silver frame with gold inserts for it. In the 17 th century the private owners passed the icon the St. Mary church in Tbilisi . It was kept there for more than 200 years. In the end of the 19 th century for safety reasons it was moved to the Church museum. Today the Anchi icon (in Georgian “Anchskhati”) is displayed in the Museum of Fine Arts of Georgia.