The Bridge of Peace, Tbilisi

Relatively newly constructed the Bridge of Peace is definitely the attraction one wouldn’t want to miss in Tbilisi. It is a pedestrian glass and steel bridge in a bow-shaped design that sits over the Mtkvari (Kura) river in Georgian capital. It was officially opened in May 2010. The bridge was brought to Georgia from Italy in 200 unassembled components. The bridge is 156 meters long and has more than 10 000 LED bulbs built-in, that are switched on daily 90 minutes before the sunset.
The pulsating lights are communicating the message in Morse code; the message says chemical elements from the Mendeleev’s periodic table that make up a human body. The idea of the Italian designer Michele De Lucchi was to broadcast the message which is “the anthem of life and piece among people and nations”. 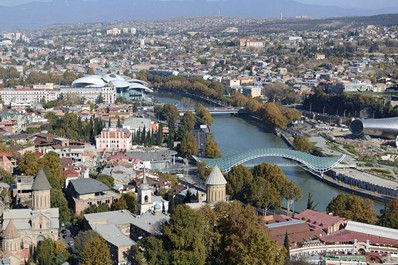 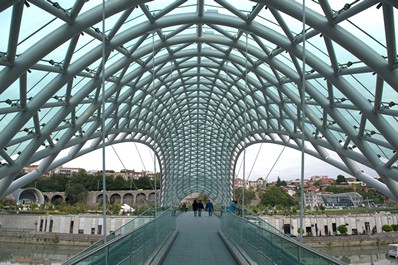 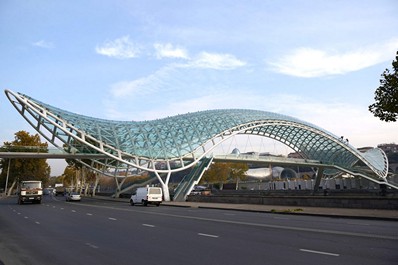 The Bridge of Peace is a convenient cross point between the Rike Park and the ‘old’ part of the town. It also provides amazing views of Tbilisi, especially at sunrise, sunset or night.

In 2012 the Bridge of Piece in Tbilisi hit the Top-13 most unusual bridges in the world.