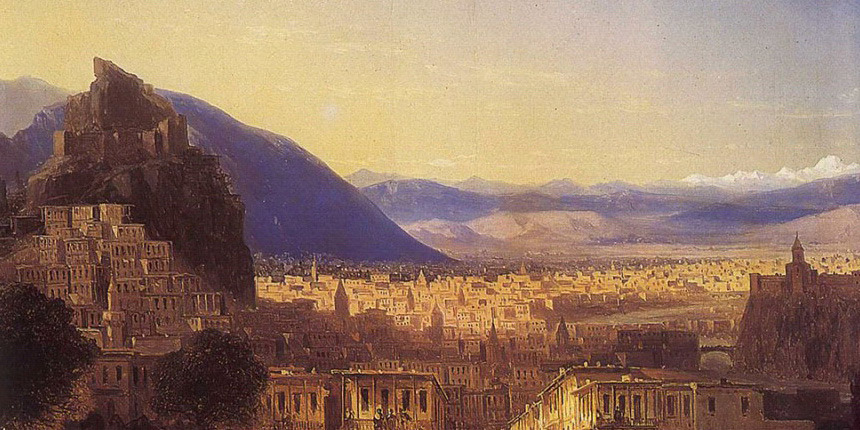 History of Tbilisi covers 1500 years from the date of formation to the present time. Story of the capital of Georgia is a blend of myths and facts. According to a famous legend, back in year 458 A.D. King Vakhtang I Gorgasal was hunting in the woods on the banks of the Kura River and wounded a pheasant (some sources say it was a deer). The animal ran to the sulphur spring and immediately healed with hot waters. The King was amazed with healing features of the spring and decided to build a city around it. This is how Tbilisi (which means “warm”) appeared. In present there are famous baths in the place of the Sulphur springs that can be found around the city.

However, this is just a beautiful legend, and the real story is more prosaic. The first chronicle of Tbilisi as a fortress over the river dates back to the 4th century A.D. At that times, there already was a Persian citadel that later was named Narikala, and the capital of Georgian kings was in Mtskheta, 20 km away from Tbilisi. In the 5th century the King Vakhtang conquered and restored the Persian fortress. After the construction the capital was moved there. By the way, archeological findings state that this territory was already populated in the 4th millennium B.C.

At the same time Metekhi fortress was erected on the other bank of the Kura, where today there is a church with the same name and a monument to Vakhtang, founder of Tbilisi. This citadel became the residence of all following rulers of Georgia. The city was also surrounded by fortress walls, and the church Anchiskhati was built at that time. It is one of the rare constructions that has been preserved up to our days. The city however did not remain long in the hands of the Georgian kings and in year 626 it was seized by Persians who considered the place as their northern outpost. Thus, it was the beginning of blending of Christian and Zoroastrian cultures in the city. Since then, there has only been one temple of fire worshippers Ateshgah preserved; it is hidden from ordinary people and located inside a private residence.

Persian rule did not last long, in 653 the Arab troops of Khabib ibn Maslama came to the Caucasus. There was no bloodshed but Tbilisi and the entire Georgia was under the vassal status and was bound to pay tribute, and the Arabs guaranteed security of the residents and preservation of churches and religions. In 736, the city was seized by a more aggressive Arab commander Mervan II ibn Mukhammad, who founded the Tbilisi caliphate. However, he did not manage to conquer other cities and Tbilisi was the only Muslim city in the Caucasus. Emir of Tbilisi could not hold his power and even tried to separate it from the Arab Caliphate but his attempt failed; it was followed by a punitive army that came to the city and the Christian population had to migrate to Abkhazia. 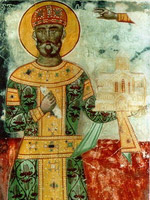 After centuries of the Arab domination, the new turn in the history of Tbilisi was the triumphal appearance of the Georgian King David the Builder. In 1122, he won the city back, made it the capital of the united Georgia and began constructions, for what he had been named “The Builder”. Along with this, David was a loyal and tolerant ruler; Muslim population of Tbilisi was not prosecuted and representatives of different religions lived side by side. During his reign, the capital turned into one of the largest trade and crafts centers of the Caucasus.

This period in the history of Tbilisi is called the Golden Age. As a rich city, it attracted the attention of the conquerors: first, in 1226, the city was ruined by the troops of the Khorezm Sultan Jalaliddin Manguberdi, and later in 1238, the city was invaded by the Mongol armies of Genghis Khan.

Conquests and battles devastated Tbilisi. Later in 1366, an outbreak of the Great Plague struck the city and in 1386 it was invaded by the armies of Tamerlane. During the 16-17thcenturies it was occupied by Persians and Turks. These centuries were the hardship times for Tbilisi, but it stood against it all. 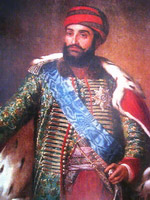 In the 18th century, Tbilisi became a small change in the big political game of the Russian and Ottoman Empires and Persia. Georgian rulers were in a difficult state without knowing which side to take. In the end, they turned to Russia and there was signed Treaty of Georgievsk between rulers of these two states. However, Russia did not always consider interests of Georgia and it turned out that in 1795 Tbilisi was besieged by the Persian army, seized and completely destroyed. Later, Russia has reassessed the strategic importance of Georgia and in 1800 there was signed a manifest of joining the country to the Russian Empire, and sometime later new turn of development began in Tbilisi.

In the 19th century, Tbilisi steadily and continuously developed: new enterprises were set up, trading net and the population increased. The city became the center of the entire Caucasus; famous writers, poets and artists from Russia and Europe visited the city. Moreover, novelties such as telegraph, an opera theatre and the Caucasian Railroad appeared. The only tragic event was the earthquake of 1827 that had destroyed many houses. That is why the biggest part of the Old Tbilisi today is presented with houses of the 19th century.

In the beginning of the 20th century, Tbilisi was one of the revolutionary centers of the social-democrats who were against the Tsarist rule. Here the future leader of the USSR Josef Stalin began his work. He was the Georgian from the town of Gori, where today there is a museum dedicated to him. In 1918, after the overthrow of the Tsarist power and the beginning of the struggles of political parties, Georgia announced its independence. However, later the country was included into the structure of the Soviet Union (USSR). It was the time when the monumental construction and destruction of religion monuments had started. During the WWII there were few factories evacuated to Tbilisi from the west of Russia that positively influenced the industry of the city in the post-war years.

In the end of the 20th century, along with gaining independence of Georgia, Tbilisi kept the status of the capital, but the country was in the agony. Different regions did not accept the central power, there were uprisings and Tbilisi was the arena of some tragic events. In the beginning of the 21st century, the Rose revolution took place in Tbilisi. Only in the recent years of the newest history of Tbilisi, peaceful and quiet life can be observed.