Yet another ancient monument of Tbilisi is Metekhi temple (the 12 th century) standing close to the edge of the rocky bank of the Kura which was the fortress and the residence of Georgian tsars. Under the vaults of Metekhi temple the first Georgian martyr – St. Shushanik killed by her fire worshipper husband in the 5 th century AD was buried.

Metekhi was first mentioned in the chronicles in the 13 th century. The temple was repeatedly destroyed and restored. It suffered the most during Mongol invasion after which the first restoration took place. In the 15 th century it was destroyed again by Persians. The Georgian tsars rebuilt the temple in the 16 th – 17 th centuries. The next restoration was in the mid-19 th century; back then all the surrounding fortifications were dismantled and replaced with the prison building. 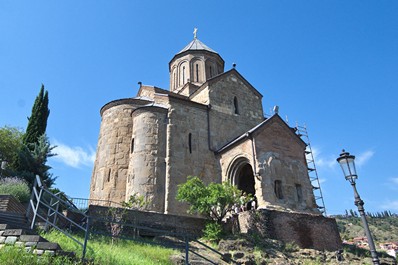 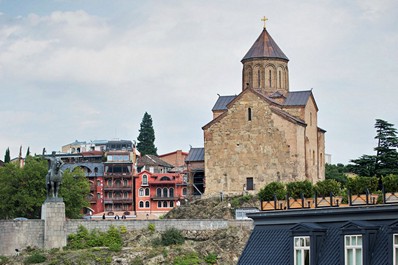 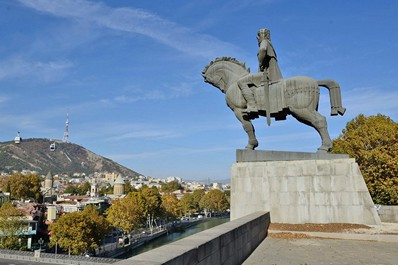 Today the tourists see the high brick structure square in plan with the round turret covered by a peaked roof in the center – the remains of the ancient fortress complex of the castle, the monastery and the temple.

Right in front of the temple stands a modern monument - a bronze equestrian statue of Vakhtang Gorgasali, the founder of the city.