“Georgian national treasure” – this is how Mr. Rezo Gabriadze, one of the most talented art professionals, is recongnized worldwide. His influence on the Georgian culture has been lasting and profound. Mr. Gabriadze's work continues creating an unforgettable memories for those who experience it. As an artist, first and foremost, he has gained an international reputation as screenwriter, stage director, painter, sculptor and puppeteer. His most famous screenplays include such films as “Don’t Grieve”, “Mimino”, and “Kin-Dza-Dza”.

In 1981 he founded the Gabriadze Theater which is based in Tbilisi. His productions of “Alfred and Violetta”, “The Autumn of our Springtime”, “Ramona” and “The Battle of Stalingrad” brought the theater an international recognition. It has been touring the world since then.

Strolling through the streets of old Tbilisi it is impossible to miss the theatre and its clock tower, and of course, the smell of coffee. 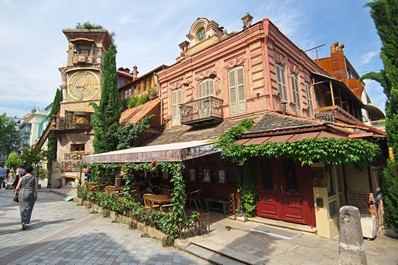 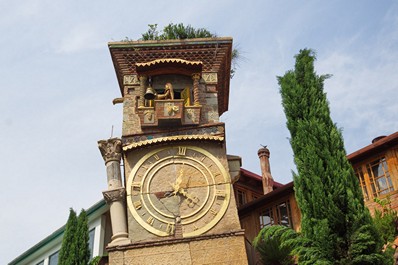 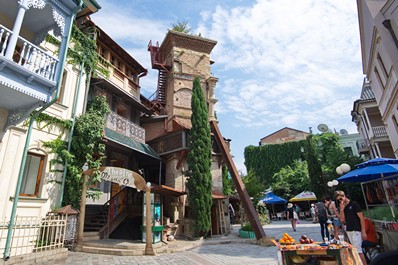 The main idea of Gabriadze about opening a cafe next to the theatre was «that one single coffee bean could be fried all day long, filling the theater with its aroma…». The cosy cafe was opened in 1988 and welcomes its guest from all over the world ever since.

There are three rooms and a summer terrace that looks out onto the ancient Anchiskhati basilica and Rezo’s Tower. Rezo Gabriadze designed the interior himself: everything from the paintings and posters on the walls to the sculptures and ceramics, from the tables and chairs to the curtains on the windows.