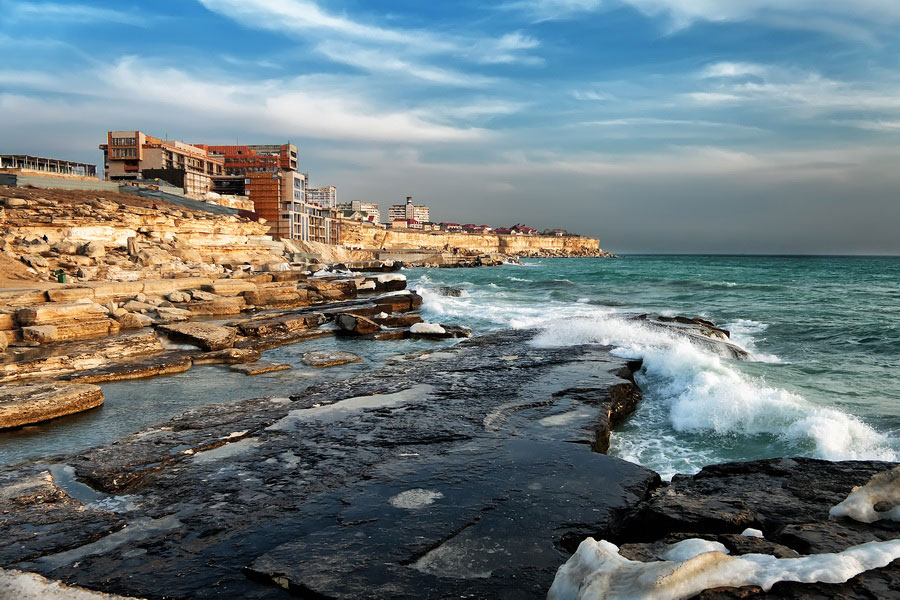 Tours, Attractions and Things To Do in Aktau

In 1963 the Akatau settlement received the status of the town. The unique warming up oil pipeline is installed here. The galleries of rock carvings of the epoch of nomads (10-2nd centuries B.C.) were found on a great lumps in the heart of peninsula, also necropolis with overgrave structures decorated by composite ornament were found here. Two old underground mosques built thousands years ago were found near the Ungazy mountain. The most interesting of these mosques is Shahbagota mosque, because Islam banned to portray people or theirs parts of bodies, nevertheless in the walls of this mosque with the flowers of lotus the portrayal of man’s palm is portrayed.

The population of this town is 175,000 people. It is one of the perspective towns of the South-West Kazakhstan, built in 1960s on Mangyshlak peninsula. It is the center of oil and gas industry and the Caspian seaport. The only nuclear power station of the country is built not far from town with distilling installation. The interesting places: underground mosques (10-12th centuries), necropolis (9-19th centuries) in the territory of which there are many stone statues, Beket-Ata necropol, mausoleums, excavations of Kuskuduk (the ancient settlement in the territory of Kazakhstan), the territory of the ancient town Kzyl-Kalda (10-12th centuries), the town Fort-Shevchenko (the construction started in the 18th century), Karagie hollow is to 132m lower of the ocean’s level and the 3d deep hollow in the world, Mangystau desert, Caspian Sea. 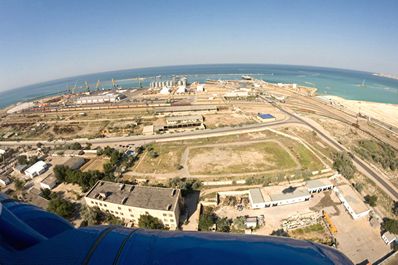 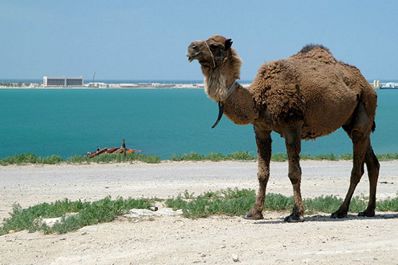 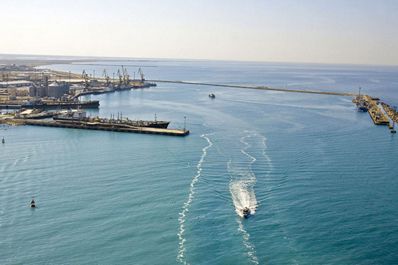 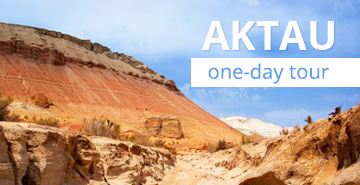