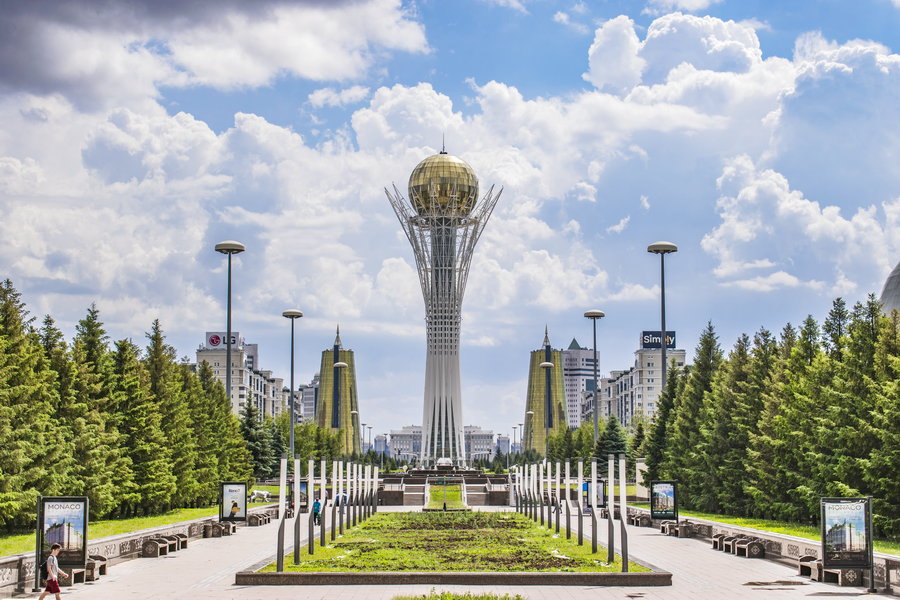 Kazakh legends have it that on the World River bank, there grows the Tree of Life, called Bayterek. Samruk the holy bird of happiness is flying to it to lay a golden egg in the nest, located on its top. The egg symbolizes the Sun, granting life and hope. But beneath, there is Aydakhar, a wicked dragon, hiding among the roots, and wishing to eat the egg.

This is a Kazakh version of the universe. Quite recently, Bayterek, a folklore symbol, was embodied in a beautiful tower, resembling the ever-lasting fight of good and evil. The Bayterek monumental structure was opened in the very center of Kazakhstan capital in 2002. It ushered in a new stage in the people’s life, becoming a symbol not only of Astana, but also of the whole country. 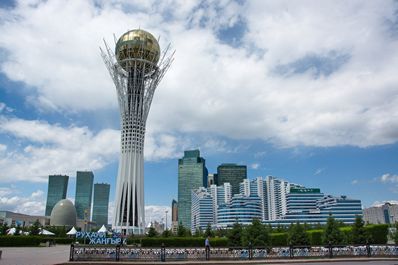 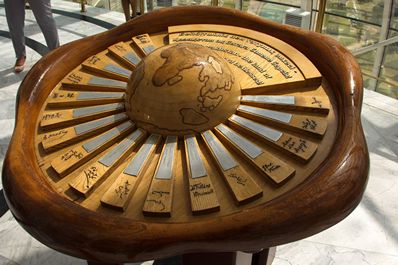 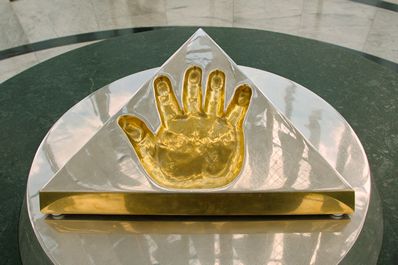 The tower’s total height is 97 meters, excluding a basement floor, which houses aquariums, Bayterek Gallery and a small café. The tower is supported by 500 piles and its weight exceeds 1,000 tons. Thereat, a large glass ball on the top of Bayterek is 22 meters in diameter and weights almost 300 tons. Inside the tower there is an elevator able to lift the visitors to the height of 86 meters, to the panorama hall with beautiful view of Astana. The hall is occupied by a wooden globe with 17 petals, symbols of the world’s religious movements, and an impression of the palm of Nursultan Nazarbaev, Kazakhstan’s first President. The Bayterek architect is Akmurza Rustembekov . 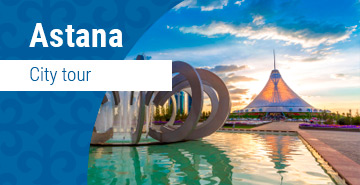