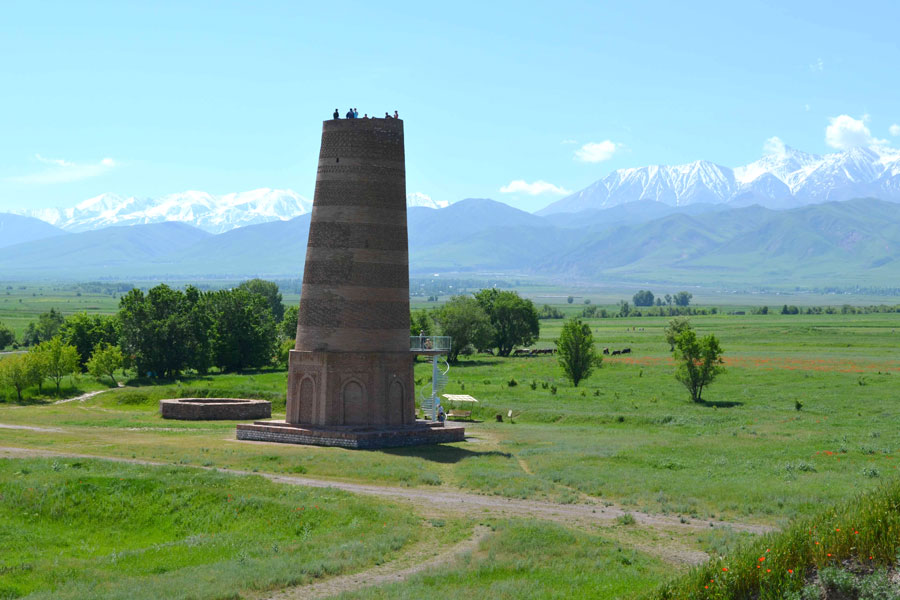 Balasagun, existed during the period from the IX to XIV centuries (according to some reports from mid-VIII century), is an ancient city of the Eastern Turks. The city located on the Silk Road saw one religion superseded by another, cultural customs and languages mixed. Evidence of this can be found in numerous archaeological finds kept in the local museum.

The city reached fullest flourishing during the reign of the Karakhanids (955-1130). At the time, the city was described by contemporaries as a developed and wealthy city with more than 200 mosques, madrasahs and khanakas. Until the arrival of the Kara-Khitai, the city, also known as Coos Horde, was the capital, and then one of the key cities of the Karakhanid State.

Balasagun is the birth-place of the famous medieval poet Yusuf Balasaguni, the author of the poem “Blessed Knowledge”, the first literary work in the Turkic language. The original of this book is still kept in Cairo.

In the year 1219, Balasagun was captured by the Mongols and renamed to Gobalyk, translated as “Good city”. And in the XIV century, according to some scientists, after the noisome pestilence of plaque in 1338-1339, the city stopped to еxit.

The Burana Tower, a few balbals and ruins of the Nestorian and Muslim mausoleums are all that remain today of the legendary Balasagun.