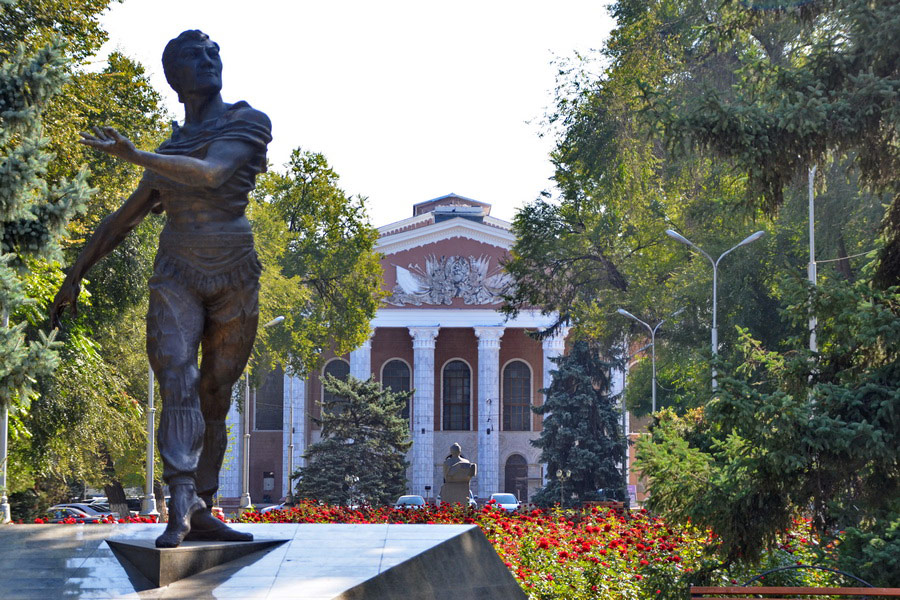 Traditionally, performance art in Kyrgyzstan wasn’t recorded or written down, it was memorized orally and passed down through generations, and performed by traveling artists. These included akyns (improvisers), manaschy (who recited the Epic of Manas), and kuuduls (folk comedians). Sometimes there were competitions held between poets accompanied by their own music, or performances at festivals. There were no permanent and professional theaters and concert halls before 1917 in Kyrgyzstan, though music and performances were an important part of the culture.

Today, there are concert halls and theaters that host many performances throughout the year. These performances showcase local artists and visiting groups, such as groups from Russia, Europe, and the United States. A theater or music performance is a great way to experience Bishkek’s culture for yourself, and to get to know Kyrgyzstan a little better.