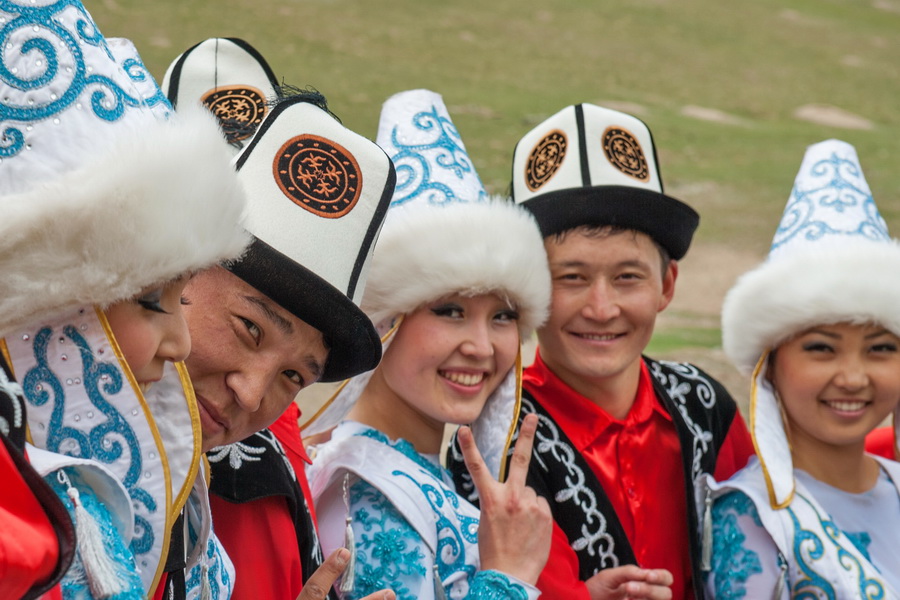 Orozo Ait, also known as Eid al-Fitr, marks the end of Ramadan, the holy month of fasting. Ramadan was the month when the Prophet Muhammad received his first revelation, and is marked by fasting from dawn to dusk. Eid means celebration (and is shared with the other main holiday, Eid al-Adha), and fitr means break, as in breaking the fast and breaking bad habits.

Since the Islamic calendar is not the same as the solar calendar, the date of Orozo Ait changes each year. After 29 or 30 days of fasting, families gather for an extra special meal, give money to the needy, forgive any wrongdoings or slights, and to recite special prayers. The Eid prayer is performed in large spaces, like Ala-Too Square in Bishkek, and is held early in the morning. After prayers, people visit their friends, neighbors and families.

Since fasting is forbidden, some families prepare lots of food, and will donate money to the less fortunate so that they can also have plenty to eat. Gifts are given to children, and people will dress in nice clothing. Though Orozo Ait is technically three days, usually only one day is celebrated, and workers will usually have a day of vacation.