Nooruz (or Nowruz) is celebrated on the spring equinox, usually March 21st, and marks the beginning of a new year. Although originally a pagan holiday, the equinox is considered a holy day among Zoroastrians, and is celebrated across Eurasia. 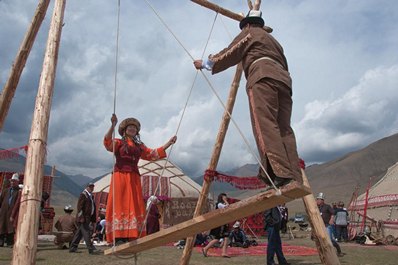 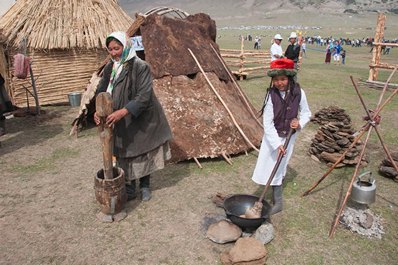 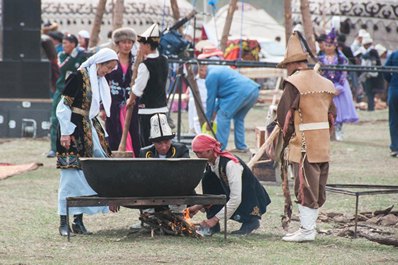 Traditionally the day started off with music, especially with the karnay, a long horn similar to a trumpet. Tables are set with a white tablecloth and a spread of food, most prominent of which is sumolok. Sumolok is made from wheatgrass that has been cooked, sometimes alone, sometimes with flour and oil, for hours or even days. Small stones are added to the large cooking pot to keep the grains from burning, and legend has it that if you find a stone in your cup, you can make a wish and it’ll come true. Since sumolok takes so long to cook, women usually gather to sing to pass the time and to make sure that the dish is infused with positive energy.

Boys born on March 21 are named Nooruzbek or Nooruzbay, and girls Nooruzgul. Snow on Nooruz is believed to bring good luck, and is compared to the beauty of a girl. The night before Nooruz, containers are filled with spring water, milk, and grains, to ensure rain and a good harvest for the coming year. People also make sure that their house is in order and clean, and repay their debts and ask for forgiveness from those whom one offended. Festivals and dances are held, often with different types of national dances from countries that also celebrate Nooruz. 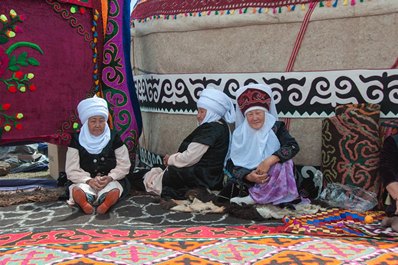 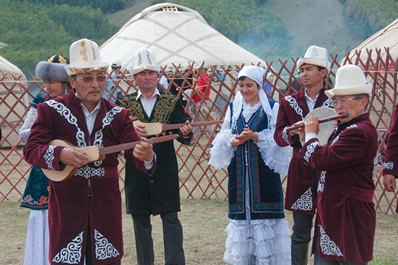 No celebration would be complete without horse games. Horse games are commonly organized for Nooruz, and can be found at the Hippodrome in Bishkek and in other areas. There are archery competitions, er enish contests, and races, but teams will also gather for championship games in kok-boru.

Nowruz Bairamy   Nowruz (Nauryz, Navruz, Nooruz) is celebration of the vernal equinox that marks the beginning of spring in the Northern Hemisphere.
Kyrgyzstan
Kyrgyzstan