Tours, Attractions and Things To Do in Kochkor

Kochkor is located in Naryn Province, on the road to Lake Son-Kul and Torugart Pass. Kochkor used to be a stop for merchants going to and from Kashgar, on the other side of Torugart Pass in China. Today, Kochkor (or Kochkorka) has become a stop for tourists as they head deeper into the Tian Shan. 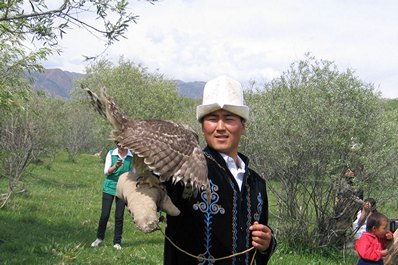 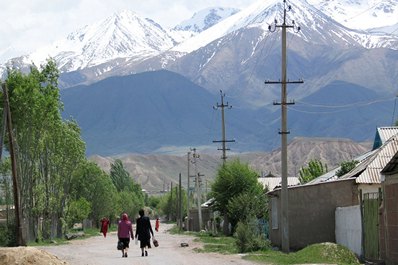 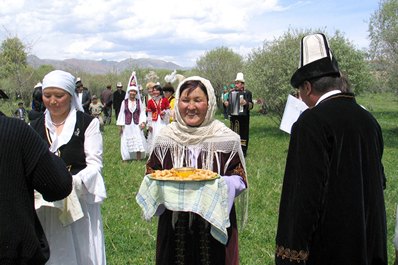 Kochkor has been relatively well developed in terms of tourism infrastructure. Transport, treks, horse rides, homestays, and concerts are all relatively easy to organize. Kochkor is now home to artisans who specialize in traditional Kyrgyz art, and who revive the traditions of the region and make sustainable souvenirs. Kochkor has become famous for its shyrdaks and felt carpets, which are made in workshops around the city. Tourists can also learn how these carpets are made with demonstrations from the masters themselves, and those interested in immersing themselves in Kyrgyz culture can organize homestays and concerts of traditional Kyrgyz music. 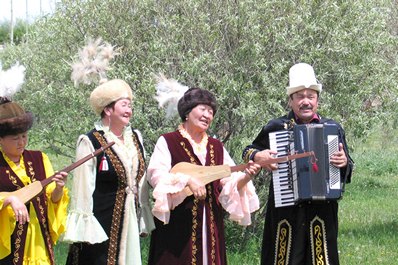 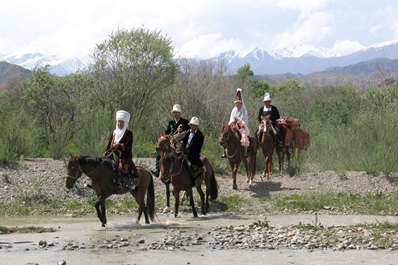 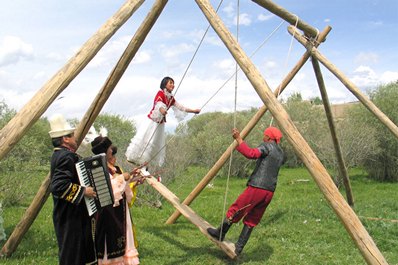 Kochkor is a popular stop for those heading up to the jailoo (summer pastures) around Son-Kul and in nearby areas, such as Kol-Ukok (a lake and jailoo). Saryla-Saz, just 54 km (34 miles) from Kochkor, is an ideal jailoo, complete with grazing animals and traditional yurts, and is a great starting point for treks to nearby historical attractions and a waterfall. The most famous and well visited site near Kochkor is Son-Kul, a high mountain lake surrounded by wide pastures and plains. Also nearby is the Chon-Tuz salt mine, which became a treatment center in the 1980s. The air in the mine is rich in minerals, and is apparently helpful for those with lung problems.