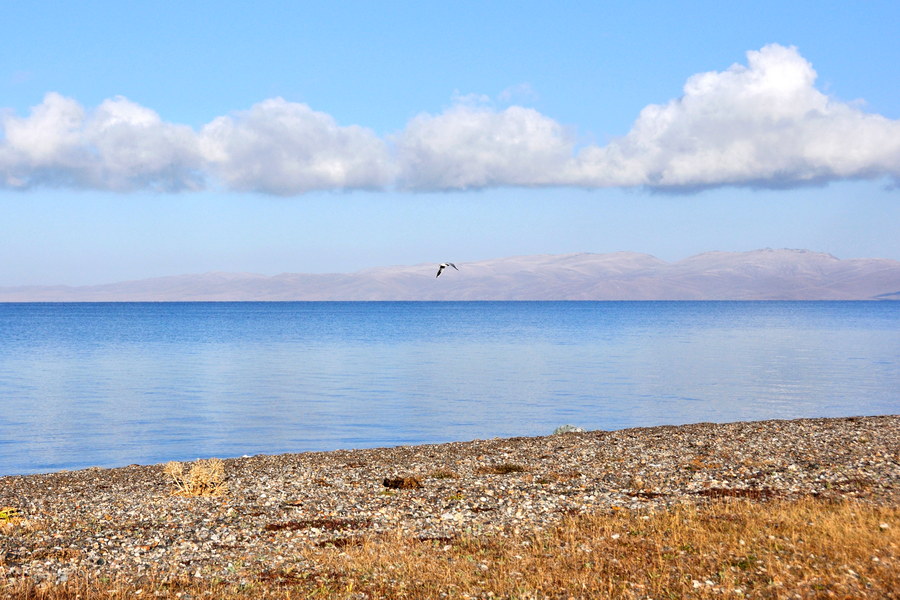 Son-Kul is the second most famous alpine lake and mountain meadow in Kyrgyzstan. At an altitude of 3016 m (9895 feet) above sea level, Son-Kul is astonishingly blue, surrounded by flat, fertile green meadows, long used by nomadic herders for grazing their animals. Because of its remote location and high elevation, Son-Kul is only accessible in the summer (from around June to early September). Sustainable and community based tourism has thrived here for years, and there are a number of eco-friendly yurt camps where visitors can stay comfortably and experience the traditional nomadic culture of the Kyrgyz highlands. The surrounding mountains are pleasant and great for trying horseback rides or going on shorter or longer treks. Roughly 100 km (60 miles) from the town of Kochkor, and 300 km (190 miles) from Bishkek, the road to Son-Kul takes about 6-7 hours, and though much of the road is paved, some parts are still gravel.

However in the winter, temperatures at Son-Kul can reach as low as -20° C (-4° F), and the snow often stays on the ground more than 200 days of the year. During this time, shepherds stay in nearby towns like Kochkor, At-Bashi, and Naryn, where there are more protected spaces for herds to stay during the long winter. The harsh winter means that no one lives around Son-Kul in the winter, and the lake itself is basically inaccessible. After the ice on Son-Kul thaws in the late spring, the herds and their shepherds move up to the jailoo, the broad and rich pastures around the lake. Since there are no permanent buildings around Son-Kul, people only live in yurts, much the same way that they have for centuries. 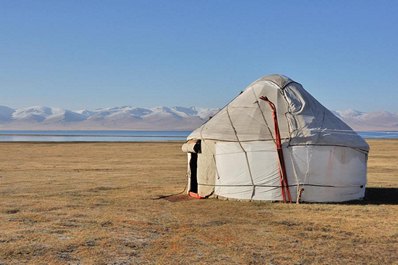 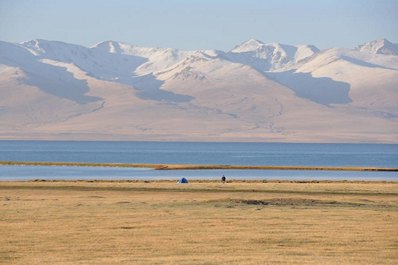 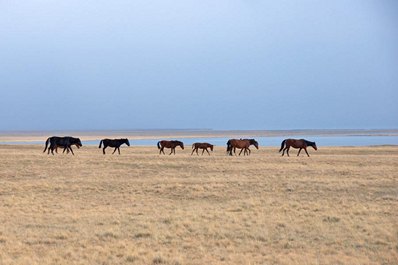 In the summers however, Son-Kul is still relatively chilly because of the high altitude. Temperatures average only 11°C (52° F), and even dip below freezing at night. While the yurts have small stoves that heat up the yurt at night, there is no electricity or running water up at the jailoo. This makes Son-Kul an excellent destination for those wanting to experience the ancient nomadic life for a couple of days. Yurts are comfy with thick mattresses (though not your typical western bed) and equipped with warm blankets, and there are outhouses by the camps. There are some yurt camps that are specifically kept for visitors, in addition to the yurts of local shepherds who live the summers at Son-Kul. Though many locals are friendly and welcoming, it’s best to coordinate your visit ahead of time with a guide, to ensure you have a place to stay, food to eat and a rich experience to dive into.

The natural habitat around Son-Kul is also a rich ecosystem, with wetlands and mountains right by each other. Though no indigenous trees survive on the high plains around the lake, there are plenty of herbs and plants that are prized for their medicinal properties. Thousands of birds, including falcons and golden eagles, live around and migrate through Son-Kul every year. The mountains themselves are also home to deer, foxes, Marco Polo sheep, wolves, and the endangered Central Asian Snow Leopards (though these animals tend to stay high in the mountains, away from people). The mountains around Son-Kul are popular for hikes and horseback rides, and long and short treks can be organized from the yurt camps at the lake. Those with the nerve can swim in the alpine lake in the summer.