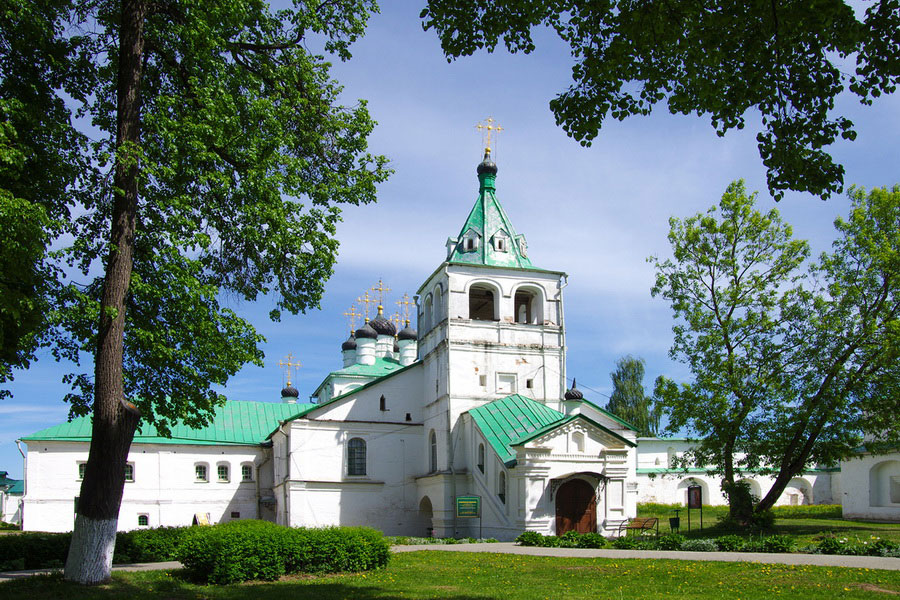 Once in town you’ll be able to see domes of ancient churches from behind the white walls and towers. This is Alexander Kremlin - the ancient jewel of the city. The Kremlin was built in the 16th century by the order of Vasily III, the father of Ivan the Terrible. The architectural complex of the Sovereign's Court Alexandrovskaya Sloboda is a unique medieval palace complex. Created by Italian and Moscow craftsmen, it was second only to the Kremlin in Moscow in size, beauty and richness. As before Alexander Kremlin is amazing in its grandeur and mystery. The complex consists of several churches of the Kremlin. One of them is the great Trinity Cathedral (1513), the temple of the royal residence, the most grandiose and majestic building of the Kremlin. There, Ivan IV the Terrible was crowned together with his third wife, Martha Sobakina and the fifth wife, Anna Vasilchikova. Both outside and inside the temple is decorated with white-stone carving. The interior contains the fresco paintings of the16th century. There, the war trophies of Ivan IV are kept – the austere copper Tver Gate (14th century) brought from Tver as well as the front Novgorod Gate (1336). Also very interesting is the Crucifixion Church - belfry (16th century). It looks like an octahedron and reminds a watchtower. Powerfully looking skyward striving architecture of the tower can be regarded as equal among the monuments of outstanding works of Russian medieval architecture. Its history is connected with the memory of the bloody punitive expedition of the terrible tsar to conquer Great Novgorod. The Church of the Intercession (16th – 17th centuries) is the famous home church of the Tsar Ivan. Its roof still bears the unique unmatched fresco painting ordered by Ivan the Terrible himself.