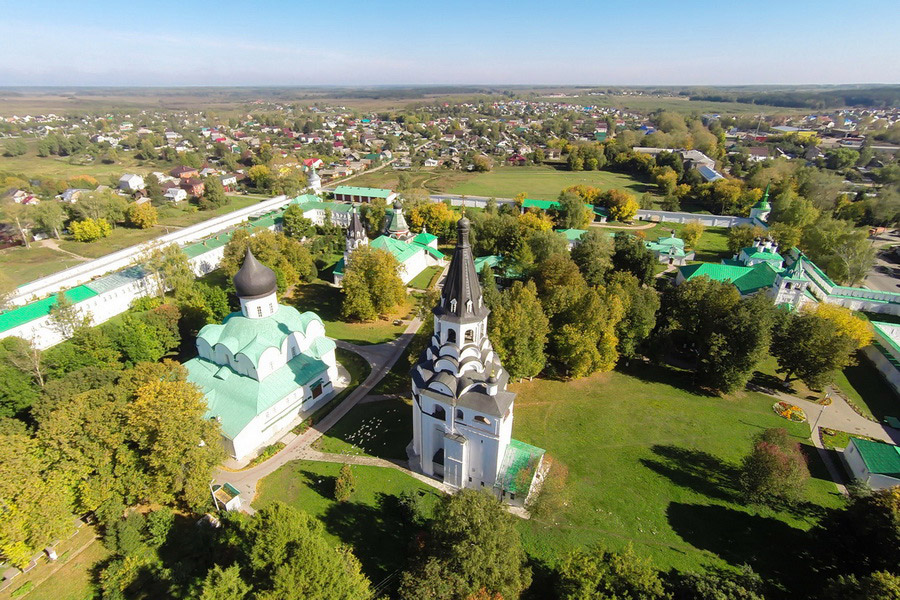 Tours, Attractions and Things To Do in Alexandrov

The city of Alexandrov is located in Vladimir oblast. It is a must if you travel along the Golden Ring. Otherwise, your itinerary would be incomplete without a visit to this charming provincial town with ancient history. At all times Alexander settlement was well known for blacksmithing craft. The emblem of the city showing the anvil is a proof to that. Looking at the quiet fascinating landscapes of this corner of the world with its, it is difficult to imagine that the place became notorious due to a very tragic event. In the 16th century it was visited by the Tsar Ivan the Terrible; he had liked the place so much, that for the next 17 years he used it as his residence. It was from there that he launched his bloody military campaigns against Klin, Torzhok, Tver and other cities. There he killed his eldest son, Prince Ivan. During the royal family stay Alexandrov became the center of culture and art. There used to work great architects, musicians, and artists. After the Tsar’s departure to Moscow, life in the town came to a standstill. Alexandrovskaya Sloboda turned into a usual royal village. Gradually, its structures and fortifications began to collapse. Alexandrovskaya Sloboda is closely linked to the fate of Peter the Great's daughter Elizabeth. In 1730 the princess was exiled to the settlement, which she left only in 1740 as the Tsarina-to-be. In 1778 Alexandrovskaya Sloboda received the status of the city. Every year hundreds of thousands of tourists come to see the rare beautifully preserved palace-temple complex of Alexander Kremlin.