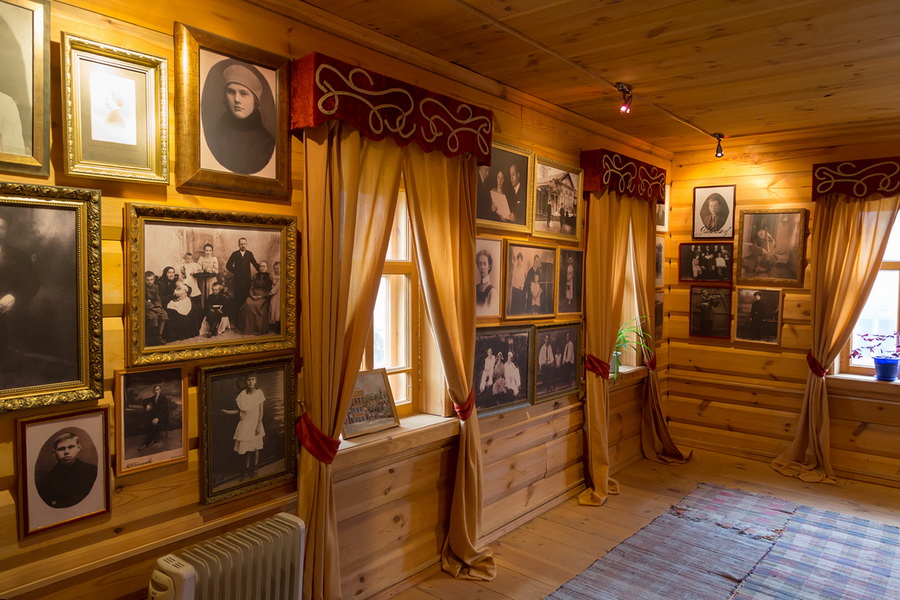 Lovers of silver age poetry and admirers of Marina Tsvetaeva will certainly be interested in the literary and art museum of Marina and Anastasia Tsvetaeva.

It was opened in 1991 in the building of the former Lebedev estate in the city of Alexandrov. Funds for the opening were collected by the poetess fund, created by enthusiasts in 1988. Money for the redemption of the estate and the construction of the museum were collected during a year.

The manor building was not chosen by chance. This house was rented by Mauritius Mints - the husband of Anastasia Tsvetaeva. The name of Anastasia is slightly less known than her sister Marina. She was also a writer and lived a long and interesting life. She died in 1993 in Moscow.

Mints was a chemical scientist and was sent to Alexandrov, where they began the construction of a military plant.

Anastasia and her son went to Alexandrov with the father of the family.

In the summer of 1916, Marina Tsvetaeva came to stay with her sister. She lived in Alexandrov almost all summer, and researchers of her work call this period “Alexander summer”.

Guests often came to Tsvetaeva in Alexandrov. So, Osip Mandelstam visited the estate more than once. Marina happily showed him the town and drove to the old cemetery she loved.

Mandelstam tells about these walks in his “Not Believing Sunday Miracle”:

"Not believing in Resurrection miracle,
We walked to the cemetery.
- You know, every land reminds me the hills."

The expositions of the Tsvetaeva sisters museum allow visitors to plunge into the atmosphere of the early 20th century and feel like a resident of a provincial town. The creators of the museum call it metaphorical, by virtue of constructing its exposure on images.

This museum is very different from standard memorial museums. Here, in addition to personal belongings of photos and notes of talented sisters, you will find the wonderful coziness of the “silver” age so carefully recreated in the small wooden houses-buildings of the museum.

Today, the museum’s expositions are in the houses of Lebedevs, in the part of the Baranovs estate.

The main exhibition of the museum occupies 6 rooms, where you can see historical photographs, antique furniture and many other items of the era. Valuable exhibits of the museum are a note by Tsvetaeva to Lebedev, a book by J. Milton autographed by Marina and her mother, musical instruments belonging to the family.

The museum has 3 permanent exhibits:

Individual excursions and examinations of the exposition are the main highlight of the museum.

It is very important for museum workers to explain to the visitors the philosophy of the museum and help them to make a journey through time.

The museum has exhibits related also to those talented people who did not quite fit into the norms of the Soviet regime. They, as we know, were sent for 101 kilometers. The exposition "101 kilometers" presents exhibits that are related to Alexander Solzhenitsyn, Ariadne Efron, Larisa Bogoraz.

The chamber music hall was opened at the museum; festivals are held here on a regular basis and concerts and exhibitions are organized.

The museum is closed on Mondays and Tuesdays, on all other days, anyone can look into the house of the beginning of the 20th century and be a piece of the romantic and cruel “Silver Age”.