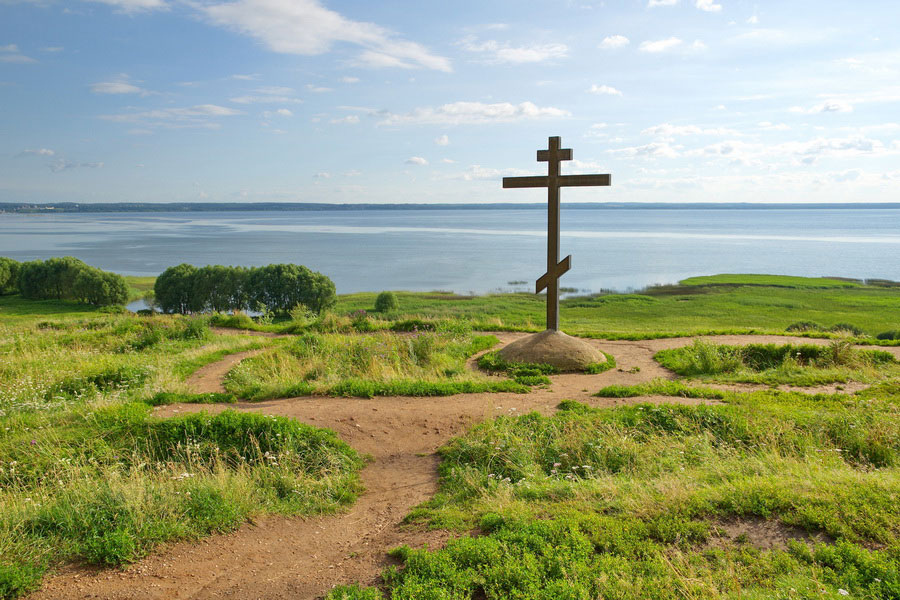 If you stay in Pereslavl the visit to Lake Pleshcheyevo is a must. It is the main natural wealth of the city, one of the most beautiful lakes in central Russia. Lake Pleshcheyevo is of glacial origin and is about 30 thousand years old. The oval coastline stretches for 27 km. The lake is fed by several rivers and streams: the largest is the river Trubezh originating in Berendey swamp. The lake has 16 species of fish, including the famous whitefish - Pereslavl herring.

On the shore of Lake Pleshcheyevo lies a huge boulder called the “Blue Stone”, which is considered the miracle. According to local old-timers staying on a boulder might heal people from many diseases. The stone’s history dates back to the time of pagan settlements. Then, it served as a place of pagan gods worship. The Christians repeatedly tried to drown the stone in the lake but miraculously the stone returned to its place. Today, it is sinking into the ground so the tourists can see only its surface.