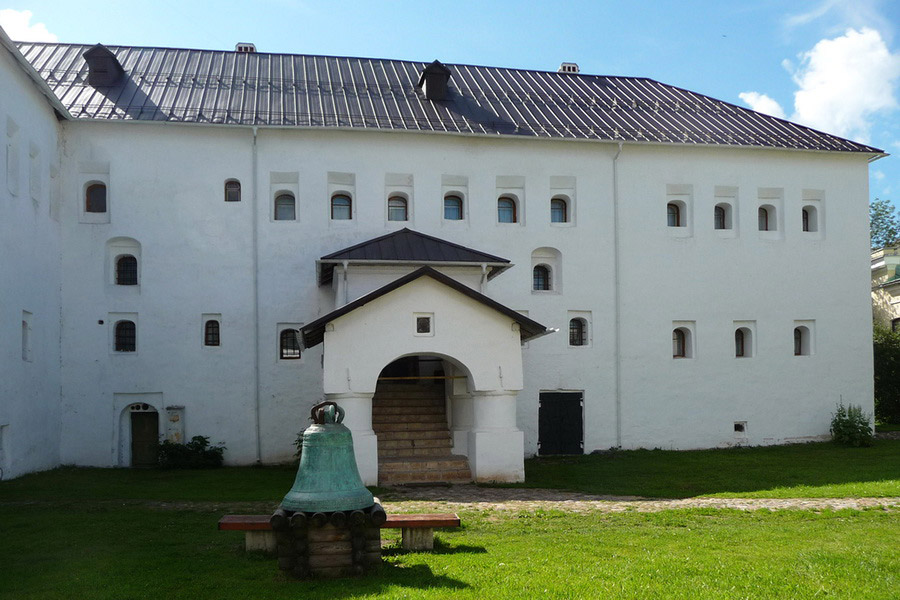 The Pogankin Chambers are the main city’s museum, built in the 70-80s of the XVII century. It was constructed by order of one of the richest men of Pskov, the merchant Pogankin - the man with a lot of dark legends composed about. According to one of them, it was Ivan the Terrible himself who gave the merchant such a dissonant name - the tsar called him Pogany (bitchy) for his bad temper, arrogance and dishonestly acquired fortune.

But, in spite of the fact that people did not like the merchant Pogankin, calling him a thief and a murderer, the Pogankin Chambers, with minor changes, have survived to our times, and were gradually developed into a historico-architectural and art museum of Pskov to play an important role in the city’s life. During the Great Patriotic War, the Chambers were destroyed and devastated by the Nazis, many priceless artifacts failed to be found and returned. Nevertheless, today it houses a unique collection of ancient icons of medieval silver, rare weapons, and a small collection of paintings.