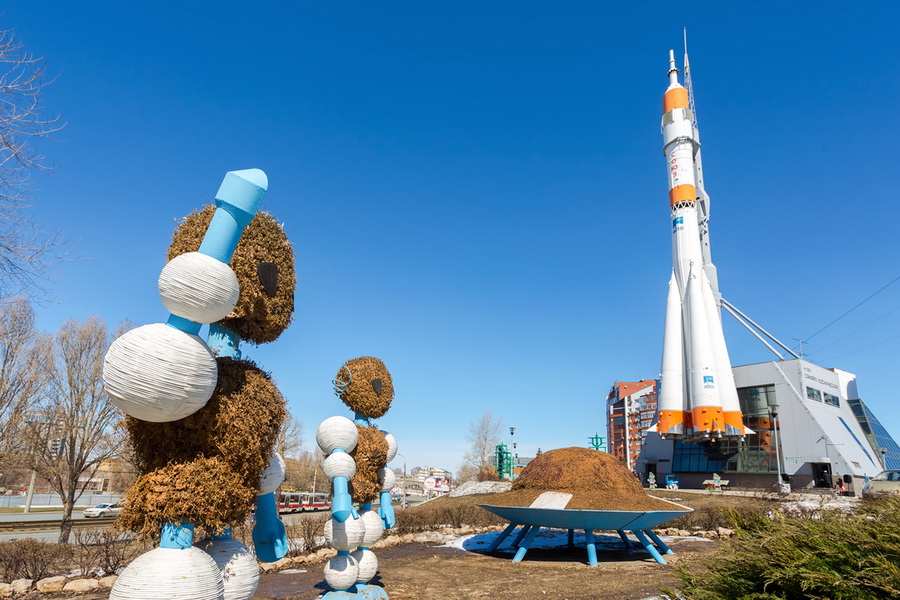 Few people know that Samara was one of the main builders of the Soviet Union’s space program. It is there where “Vostok “rocket", which made the first flight in the history of mankind into space, was assembled. It is there, where the aerospace power of the Soviet Union was formed, and it would be strange if such a memorable event were not perpetuated in the city’s history.

A real-life P -7 rocket was installed in Kozlov Square, Lenin Avenue in 2001. The history of the rocket began in 1984, when it was manufactured as a simulator for the USSR’s Space Forces. 15 years later it was overage, and returned to the plant, where it was stripped of all the equipment and made a real rocket model. The architects designed a pedestal to the rocket and on October 1, 2001 the grand opening of the monument dedicated to the 40th anniversary of the first manned flight into space took place. The height of the monument is 68 meters, and weight is over 20 tons.

The monument became very popular and on April 12, 2007 near it the “Cosmic Samara” Museum was opened to present the rocketry history. Soon, the museum was awarded as the best tourism project of Samara, becoming an indispensable item in the excursion programs. Indeed, this is one of the most unusual and interesting landmarks in the city.