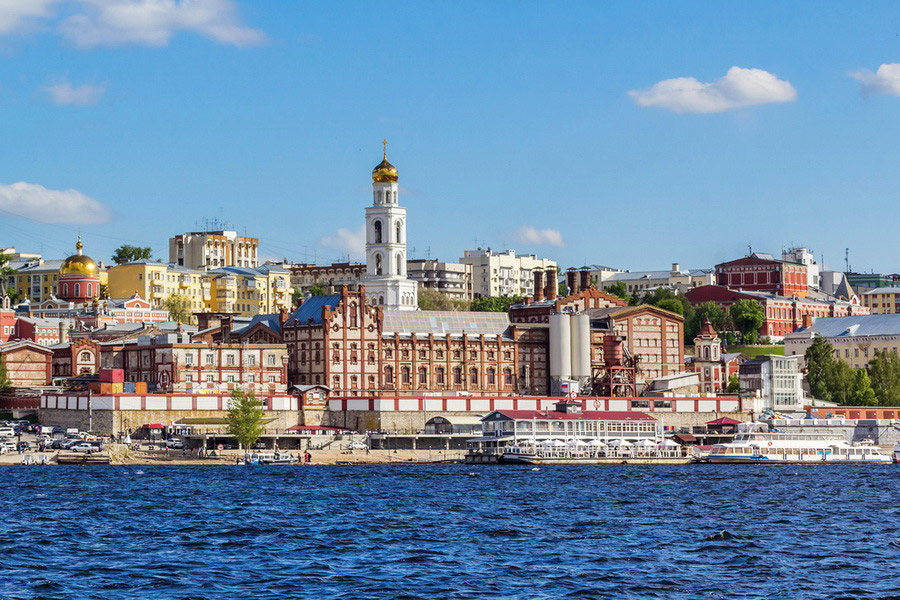 Tours, Attractions and Things To Do in Samara

On the Volga river-bank, there is spread out a large and beautiful million-plus city, the Russia’s 6th largest in population, a transportation hub connecting Eastern Europe, Central Asia, the Caucasus and Siberia. And all this is Samara.

The city’s history numbers more than 400 years and begins from the time, when the tsar ordered to build a fortress named “Samara Township” on a hill near the river. The fortress was developing, and within a hundred years, in the year 1688, it gained the status of a city, and became an important military and trade center on the Russia’s southern borders. The city, developing thanks to trade and wheat growing, gradually turned into a province-level administrative center. In the middle of the XX century, during the Great Patriotic War, Samara, known as Kuybyshev at the time, became one of the strongholds of the home front: hundreds of Soviet people were evacuated there; the local factories were reorganized for military aircraft production and provided the front with fuel. After the war, the city has retained the status of the giant of aircraft engineering and later on, has developed as a missile manufacturer.

Today Samara’s population exceeds 1.2 million people, or 2.5 million including its suburbs. The major part of the population is Russians - 90 %, the rest are Tatars, Ukrainians, Chuvash, etc. That is why Samara is a multi-confessional city: there are many Orthodox, Catholic, Protestant churches as well as that of the Old Believers, Muslim mosques, Jewish synagogues and other religious institutions.

The city is located on a hill on the Volga left river-bank, where a small river Samara, which gave it a name, meets Volga. The Samara’s highest point is a small mountain Tip-Tyav rising to 286 meters. The climate is moderately continental, the most part of the rainfall occurs in June, July and September. The absolute maximum temperature registered in Samara was +40 in the summer (2010), and -43 in winter (1942). However, the average temperature and air humidity are quite comfortable.

Samara is not just a regional center with shops, factories and road interchanges, but a city with rich and unique history. The city has many attractions, historic buildings of the XVIII-XIX centuries, various monuments and parks. Rich merchants and patrons of arts built there temples, asylums, private residences, which today make up the rich heritage of Samara architecture. Its Kuibyshev Square is the largest one in Europe. Among the monuments and sculptures there are not only the monuments to Russian prominent figures, but also the ones to pieces of equipment, such as the monument to a heating radiator, IL -2 stormovik of World War II - and many others. In addition, the city’s suburbs are notable for many historical and natural attractions with a gradually expanding tourist infrastructure to meet the needs.

And finally, it is worth to mention the urban legends of Samara. According to one of them, under Samara there are tunnels leading to the other side under the Volga, as well as different bunkers. By the way, bunkers really exist, for example, a bunker for Stalin was built during World War II. Another popular legend is the story of “Stone Zoya” or “Zoya's standing”. The legend has it, that a girl by name Zoya started dancing with an icon on a New Year's night, and got petrified. And when the icon was forcedly pulled out of her hands, she came to life. Two movies were shot based on this legend.