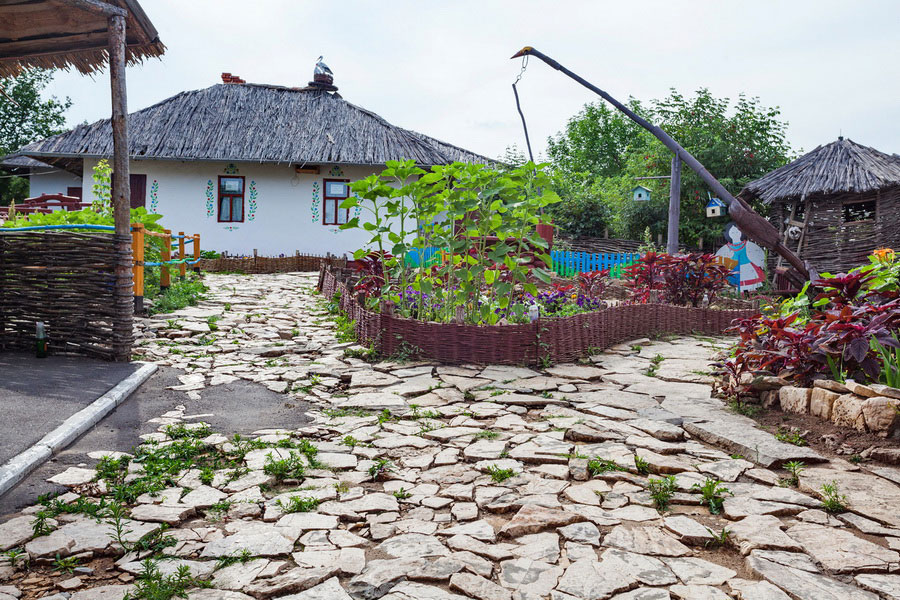 Saratov is known as a hospitable and multiethnic city, a lot of nations live there in harmony and concord from ancient times. However not to make unsubstantiated statements, it is necessary to say that residents of Saratov created a genuine confirmation of its peace-loving attitude to all people living in this city. It is the International Village, where 135 ethnics lives. This symbol of peoples’ friendship, the unique ethnographic museum became a “business card” of the Saratov region.

In 2003 the idea toestablish the International Village in Saratov Region came to leaders of the region’s national cultural communities. The Russian traditional izba built in the 19th century, was the first exemplar which had appeared in the International Village. It found in one of the villages of Saratov Region and then brought to the park. Behind the cottage there arose Mordvinian and Armenian houses, and later Georgian one. The interior decoration corresponds to ethical atmosphere of the Village. By today the Village has extended and consists of the national courts, among which there are Russian courtyard, Bashkir yurts, Kazakh aul, Mordovian farmstead, Georgian house, Armenian yard, Ukrainian homestead, a Belarusian town house, Uzbek kishkak, Tatar Compound, Dagestan, Korean, Azerbaijani courts and German house. You have a chance not only to see the national items of everyday life and clothes, but also listen to the folklore of the presented nations and ethnics.