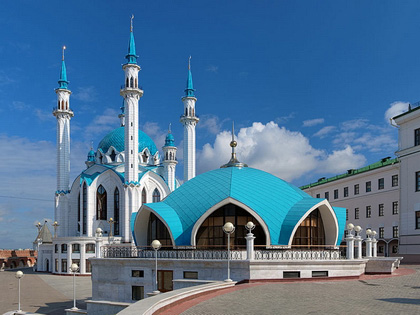 A once-in-a-lifetime journey on Russia’s Trans-Siberian Railway. Starting at Moscow’s infamous Red Square, you’ll travel across the vast Siberian steppe and forests to the stunning Lake Baikal, before visiting the elegant city of St. Petersburg. The unique experience of travelling Russia’s legendary rail route is complemented with fascinating insights into the rich history and culture of this vast and diverse country as you explore beautiful churches, magnificent palaces, interesting museums, and evocative Soviet monuments. After Russia’s historic capital city, Moscow, you’ll visit Kazan, the capital of the republic of Tatarstan, with its fascinating blend of Islamic and Christian cultures. Next comes Yekaterinburg, the first city you’ll encounter on your long-awaited Trans-Siberian Railway tour. Then you’ll discover Novosibirsk, Siberia’s buzzing capital and centre of industry, science, and the arts, and Irkutsk, considered Siberia’s historical and cultural heart. However, the unrivalled highlight of any trip to Siberia is admiring the scenery of the tranquil Lake Baikal and travelling on the Circum-Baikal Railway, a unique historical monument and feat of engineering. The stunning palaces and canals of Peter the Great’s masterpiece, St. Petersburg, provide a fitting end to this epic trip.

Expand All   Collapse All
Day 1: Moscow – Arrival
Arrive in Moscow, meet your driver, and transfer to the hotel (check in is possible from 14:00). Free time before beginning Two-week Trans-Siberian Railway Tour. Overnight at the hotel.

Day 2: Moscow
After breakfast, take a guided tour of Russia’s capital city, Moscow. Like Rome, this is a city on seven hills. Your tour of the metropolis starts at Vorobyovy Gory (Sparrow Hills) in the south-west of the city. Elevated 78 metres above the river, these hills are Moscow’s main panoramic viewpoint. They offer excellent views of most of the city’s attractions: the Kremlin, Stalin’s famous “Seven Sisters” skyscrapers (such as the main building of Moscow State University), the modern Moscow City skyscrapers, the Presidium of the Academy of Sciences, Russia’s “White House”, Shukhov Tower, Luzhniki Stadium, and the Ostankino TV Tower. After visiting Vorobyovy Gory, descend to the Memorial Complex on Poklonnaya Gora (Victory Park) to see the Church of St. George the Victorious, the Triumphal Arch, and the major street of Kutuzovsky Prospekt. Then, visit the Cathedral of Christ the Saviour, one of the tallest Orthodox churches in the world. The original cathedral was destroyed in the 1930s by order of Stalin and only rebuilt in the 1990s. The cathedral has a 69-metre-high dome, on the inside of which are beautiful images from the New Testament. Continue the tour at the famed Red Square, walking past St. Basil’s Cathedral, Lenin’s Mausoleum, the famous GUM department store, the monument to Minin and Pozharsky, and the Tomb of the Unknown Soldier in Alexander Garden. The day ends at the impressive Kremlin and its cathedrals (closed on Thursdays). Overnight at the hotel.
Duration of sightseeing tour: 8-9 hours


During your free time, we offer the following optional activities (at additional cost):
Visit to the Armory in the Kremlin (except Thursdays)

Day 3: Moscow – Kazan – Yekaterinburg
After breakfast, check out of the hotel and transfer to the airport to take the 11:05 flight to Kazan, the capital of the Republic of Tatarstan (825 km). Upon arrival at 12:40, begin a sightseeing tour of the city, which boasts more than 1,000 years fascinating history. The tour starts at the Old Tatar Settlement, a unique open-air museum in Kazan’s Vakhitovsky District. The founders of this settlement were residents who didn’t want to obey the Moscow authorities after Ivan the Terrible’s troops captured Kazan. Al-Marzhdani, the first stone mosque built after the invasion, is considered the pearl of the settlement. Continue to other significant places in the city: Tugan Avylym (an example of a restored old Tatar village), the Kaban Lakes, the Tatar Drama Theatre named after Galiaskar Kamal, the Church of St. Barbara, and the Kazan Federal University, which occupies many of the city’s most beautiful historical buildings. On Freedom Square, see the Kazan City Hall, the Opera and Ballet Theatre, the Conservatory, and the government building of the Republic of Tatarstan. Then visit the Holy Cross Church, which hosts the Vatican copy of the famous Kazan Icon of the Mother of God. The second part of the day will be devoted to the ancient history of the city, focusing on the Kazan Kremlin. This famous museum-reserve, a UNESCO World Heritage Site, is a unique complex of historical and archaeological monuments. These include the Kul-Sharif Mosque, which is the largest mosque in Kazan and one of the largest in Europe, Blagoveshchensky Cathedral, the Cannon Yard, the leaning Suyumbike Tower, the Presidential Palace, and the tomb of the Kazan khans. After exploring the Kremlin, transfer to the railway station to take the 20:08 train to Yekaterinburg. Overnight on the train.
Duration of sightseeing tour: 5-6 hours
Day 4: Yekaterinburg
Upon arrival in Yekaterinburg at 12:20, meet your driver and transfer to the hotel for check-in. Yekaterinburg was founded by Peter the Great and named after his wife, Catherine I. It later became famous as the place where the deposed Tsar, Nicholas II, and his family were executed. Established for industrial purposes as a “window to Asia”, the city contrasts with St. Petersburg, the so-called “window to Europe”, which was intended to become the cultural and administrative showcase of the whole country. Take a 3-hour tour of Yekaterinburg to understand how the city emerged and developed. Visit the city’s birthplace – the dam, called “Plotinka” by locals, that blocked the Iset River to provide water to what used to be the world’s largest metallurgical plant. The area is now a city park. Continue to the monument to Yekaterinburg’s founders, De Genin and Tatishchev, and 1905 Square, which hosts a statue of Lenin. Discover the Old City, including the 18th century streets, former outskirts of Yekaterinburg, and the mansions of merchants and gold miners. The House of Sevastyanov, is a stunning example of such a mansion. Then visit Voznesenskaya Gorka, where you’ll hear the legends and secrets of Yekaterinburg’s “golden age”. Moving forward in time, discover the city’s Soviet architecture, including many impressive examples of constructivism. Complete your journey through Yekaterinburg’s history with a visit to Yekaterinburg City, the futuristic centre of modern social and business life. Here you’ll see Yekaterinburg’s tallest building, the Iset Tower, as well as the Boris Yeltsin Presidential Centre, the large central stadium, and the “Pineapple Building” set to be the headquarters of the Russian Copper Company. End the tour with impressive city views from the observation deck on the 52nd floor of the Vysotsky Business Centre. Overnight at the hotel.
Duration of sightseeing tour: 3-4 hours


During your free time, we offer the following optional activities (at additional cost):
Trip to the Obelisk marking the border between Europe and Asia (73 km, 1h 20m)
Self-guided walking tour through Yekaterinburg’s historical centre (following the “Red Line” tourist route marked on the city streets and listening to an audio guide)
Visit to the Museum of Boris Yeltsin, Russia’s first President Master class on making traditional dumplings
Tickets to performances at the Yekaterinburg State Academic Opera and Ballet Theatre (Ural Opera Ballet Theatre)

Day 5: Yekaterinburg – Novosibirsk
After breakfast, check out of the hotel and transfer to the railway station to take the 12:15 train to Novosibirsk (1,518 km, 21h 40m). Spend the day on the train. You may find the scenery quite monotonous, consisting of endless kilometres of forest and farmland. However, the highlight of the unique rail journeys you’ll take today and over the next few days may be enjoying the company of your fellow travellers as you bond over the shared experience and gaze at the vastness of Siberia while contemplating life. Overnight on the train.
Day 6: Novosibirsk
Arrive in Novosibirsk at 11:55. The magnificent station building is shaped like a steam locomotive heading eastwards. Meet your driver at the station and transfer to the hotel. After a short rest, take a guided sightseeing tour of the city. The tour starts with a walk through the historical centre and encompasses Lenin Square, the Opera and Ballet Theatre, the Chapel of St. Nicholas the Wonderworker, the Philharmonic Hall, the Administration Building, and the Cathedral of Alexander Nevsky. Visit the Museum of Local Lore, and then take a walk along the embankment of the River Ob to the City Beginning Park, where the first railway bridge was built over the river. See the monument to Alexander III, who initiated the construction of the Trans-Siberian Railway, and the longest covered metro bridge in the world. On the left bank, visit the Monument of Glory dedicated to the Second World War. Free time. Overnight at the hotel.
Duration of sightseeing tour: 3-4 hours 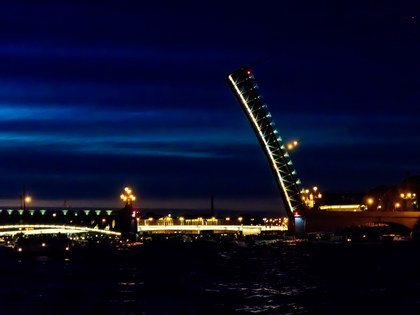 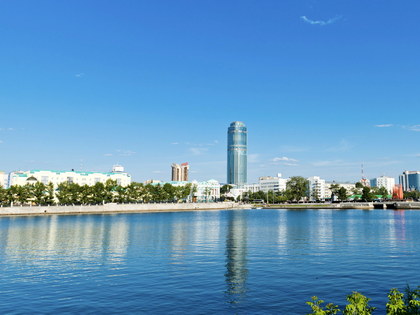 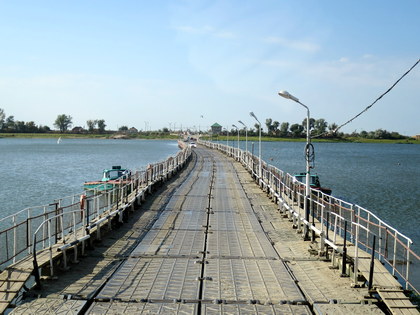