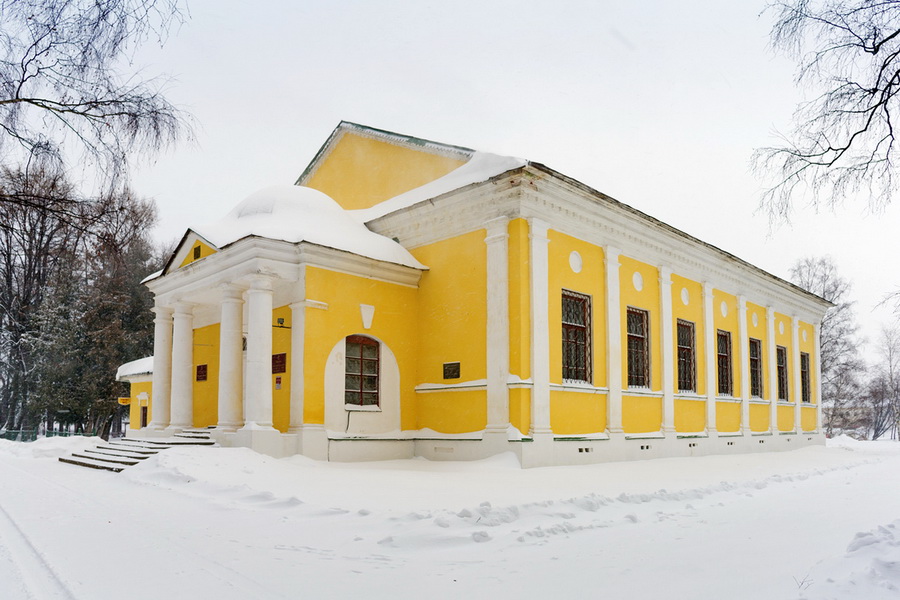 Epiphany Cathedral in Uglich was built in the early 14th century but continues to act as a catalyst for the revival of Russia’s traditional spiritual values. It is perhaps best known for its collection of 15th-18th century Russian paintings and an unusual exposition of noble and merchant portraits dating to the 18th-20th centuries.

In 18th century Uglich there arose a custom, first among the noble class and later in merchant families, to have portraits of family members painted by skilled artists. Living rooms would be adorned with the portraits of its residents, so that estates essentially became the precursor of the family albums that first appeared in the 1840s. These albums would contain everything from photographs to theater tickets and invitations to dinner parties.

The collection of portraits found in Epiphany Cathedral today is of great historical significance. The portraits are a reflection of each family’s values and help to perpetuate the memory of special events from each family represented. Moreover, the paintings are a collective portrait of the physical appearance of the townspeople from their day. Emotions of those depicted are subtly portrayed and snippets of family stories captured in each stroke, helping to paint a broader picture of life in Russia in the olden days.

Epiphany Cathedral draws crowds not only to its picture gallery but also to its musical evenings. Those who are fortunate enough to visit in summer will have the opportunity to listen to classical pieces performed by the Kovcheg Ensemble, now a popular city symbol.

The cathedral was once a part of the complex at Uglich Cathedral Church and served as a winter chapel. Its décor, with an interior painted by talented artists, reflected its elegant status, and although the murals have since been whitewashed and the building severely damaged, reconstruction efforts continue. Its beauty may have been tarnished, but Epiphany Cathedral in Uglich never lost its significance for the cultural and spiritual life of the city.