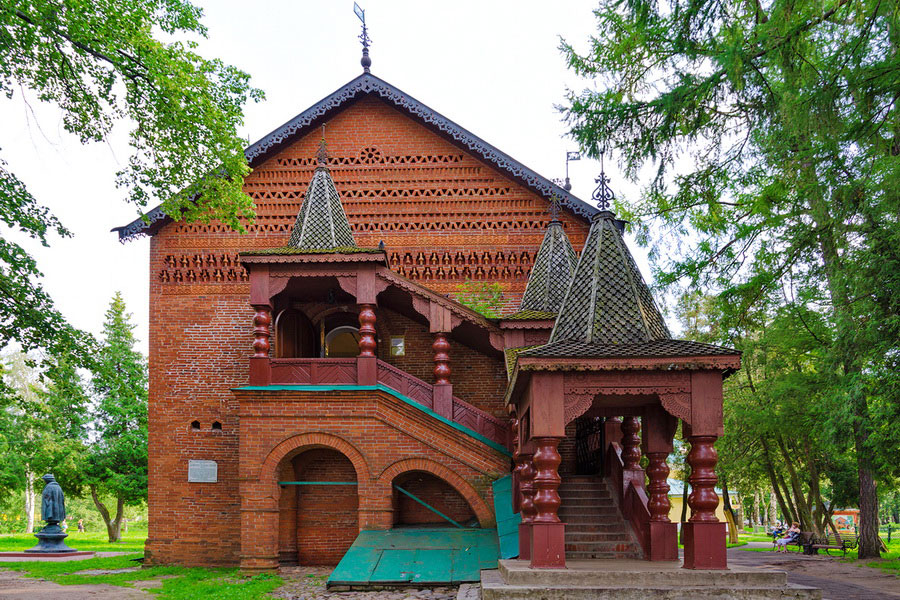 The Princely Chamber, found in the Uglich Kremlin territory, is known primarily as residence of Tsarevich Dmitry, killed in 1591, the last from the Rurik dynasty, the heir of Ivan the Terrible. Before the tragic events the Princely Chamber as the name itself implies, was home to many notable persons.

The Chamber is among the oldest extant residential buildings in whole Russia. In fact, today's Princely Chamber is only part of a huge complex of residential and ceremonial buildings that were initially built of wood, and then under Andrew V. Large, of stone. It is believed that Swedish Prince Gustav, a son of King Eric IV, reputed an alchemist and magician, according to popular rumor, lived in the Chamber after the death of Tsarevich Dmitry. During the Polish invasion the Princely Chamber along with the Transfiguration Cathedral became the last refuge for the desperate citizens. The complex was burned by the Poles and then demolished, with only its front and main parts, i.e. the Princely Chamber itself, survived by a miracle. As legend has it, three masters-builders climbed the Chamber walls in hope to get bricks, but all of them fell down for inexplicable reason. Since then no one else wanted to risk their lives, it was decided to leave the Chamber to itself. Later an Uglich merchant repaired the Chamber, attached a stone porch to it, surrounded it by a fence and decorated its upstairs with paintings. The Chamber underwent next restoration in 1890-1892, and in 1982 a museum was opened at the Princely Chamber.

The Princely Chamber has been delighting the eye of people over a hundred years being not only an architectural monument, but also a symbol of great skill of the architects and great striving of the citizens to preserve historically significant landmark.