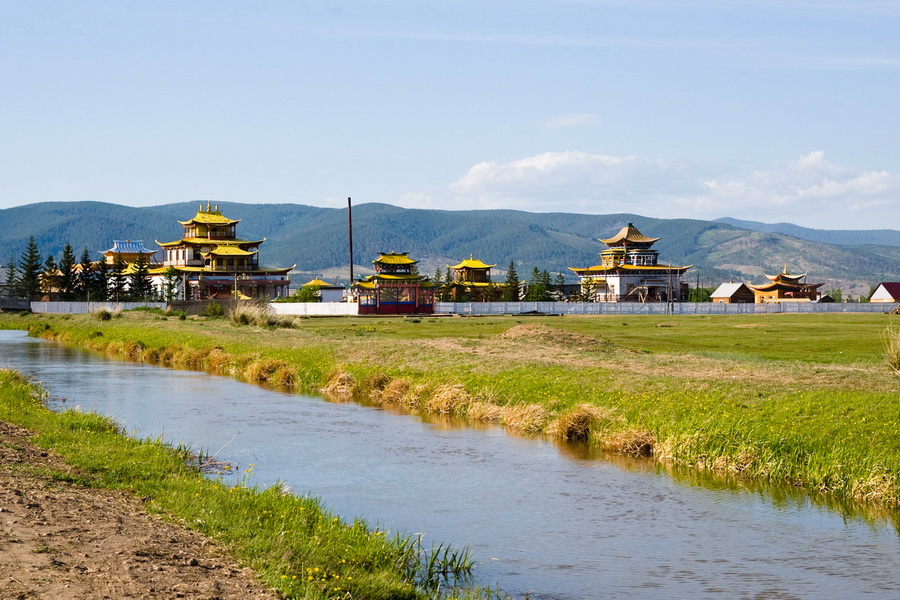 Datsans, contrary to popular belief, are not temples, in fact. These monasteries most often include a Buddhistic university. The Russian Buddhists consider the Ivolginsky datsan, located 40 kilometers from Ulan-Ude, the most important and visited monastery.

It keeps the most important relic of the Buryat people - the XII Pandido incorruptible body of Hambo Lama Dashi-Dorzho Itigelov. When Hambo Lama Itigelov fell into a state of nirvana in 1927, he, sitting in a lotus pose, was placed in a cedar box and buried. 75 years later, following the last instructions of the Incorruptible, his body, to everyone's surprise, with no any trace of decay found, was removed from the box and taken to the Ivolginsky datsan. Today Itigelov still sits on a podium behind the double glass in a palace (dugan), specially built for him. The Itigelov’s mystery still remains undisclosed - achieving incorruptibility of a body is a rare phenomenon in Buddhism. In fact, having gone into nirvana, the Incorruptible resides somewhere on the border between life and death, so after the year of his death there is a question mark: no one knows for sure whether Itigelov has died in the proper sense of the word.

Access to Itigelov is strictly limited by eight times a year - during the celebrations of the great Buddhist holidays, the believers can see him in the Tsogchen Dugan, the main datsan temple. The rest days the Incorruptible is kept the Palace. A vigilant guardian Bimba Lama never leaves the body.

The of Ivolginsky datsan territory houses 10 temples, 5sacred stupas (they symbolize the most important events of Buddhism), Buddhistic University, a summer hotel, the Museum of Buddhistic art monuments, a greenhouse with the sacred Bodhi tree, cages with deers, houses for lamas and outbuildings. There is also a sculpture “Little Buddha”, made by famous worldwide master Dashi Namdakov. At the entrance to the Datsan there is a cafe where you can enjoy such specialties of Buryat cuisine such as poses (like large steamed-cooked ravioli).

The monks and lamas, which can be found in the datsans show friendliness and warmth to all visitors, regardless of their religion. A piece of advice or blessings can be asked for from any Lama - he will never answer with a refusal. Each lama has his own “specialty”: there are lamas, astrologers, healers, ritual experts. To which Lama to address a particular issue can be found in the main temple Tsogchen Dugan.