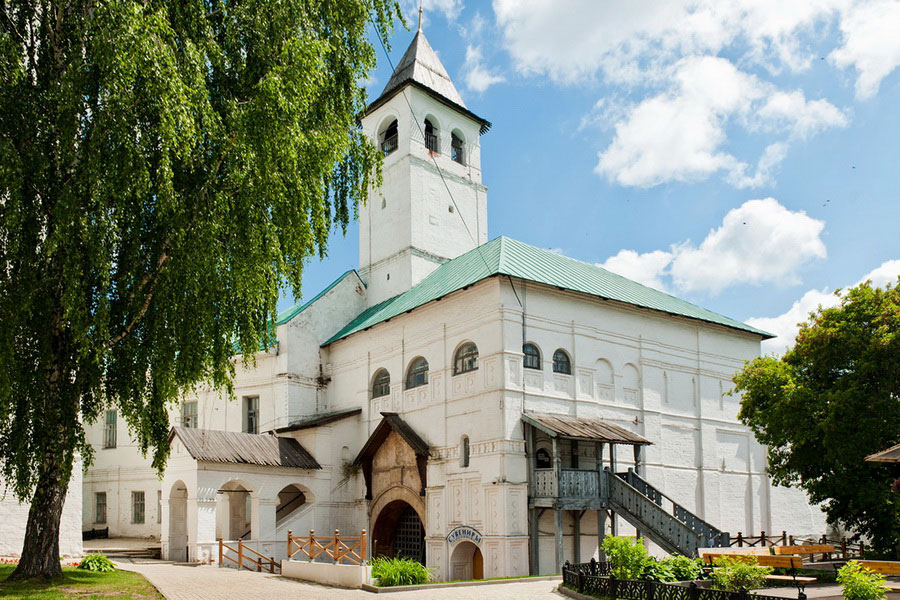 The architectural old timer of the city, the Spassky monastery is situated on the banks of the river Kotorosl. It was founded in the 12th – 13th centuries and served not only as the monastery but also a fortress as well as the center of spirituality. There the ancient manuscript of the Tale of Igor's Campaign, the oldest monument of Slavic literature, was found.

The main temple of the monastery is the Transfiguration Cathedral. It was built on the foundation of even more ancient church in the beginning of 16th century. The appearance of the temple is strict and elegant. The building of Transfiguration Cathedral is three-headed with open galleries, perched on high foundation. The drums of the temple are decorated with narrow windows and helmet domes. The interior of the cathedral is known for its 16th – century frescoes. Towering above the buildings of the monastery is the belfry, a large monumental structure of the 16th century. Transfiguration cathedral served as the burial place for princes and nobles of Yaroslavl.