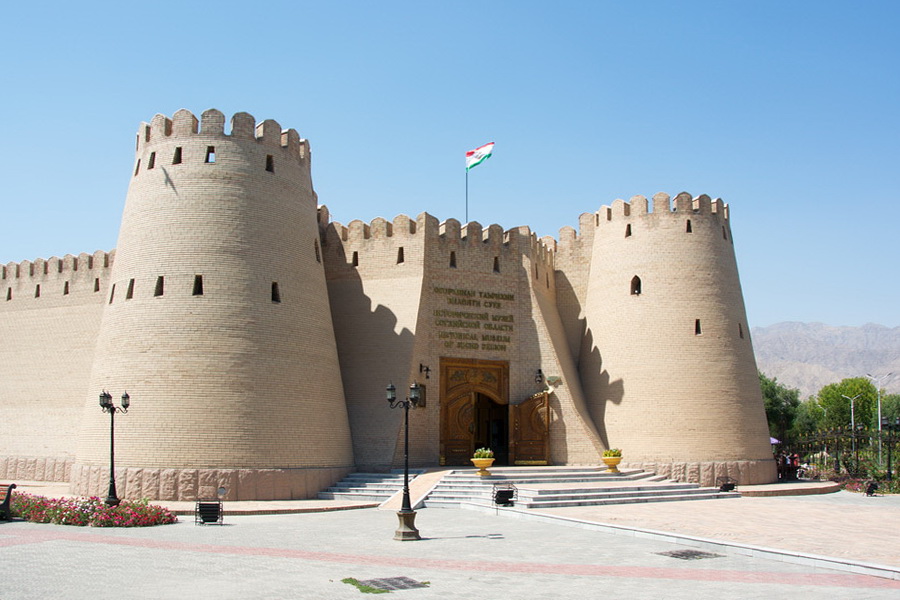 The age mate of Samarkand and Bukhara, Khujand has been one of the centers of Asian civilization for thousands of years. Located on the Great Silk Road, it was developing trade relations with, and enriching knowledge on distant countries, from which the caravans of Khujand merchants returned. In 1986, the city celebrated its 2,500th anniversary, but it's safe to say that the first settlements sprang out there much earlier.

Khujand is the only city built on the bank of the Syr-Darya River, one of the main waterways of Central Asia. Since ancient times, it was famous for the developed agriculture. Its geographical position contributed to the development of trade: Khujand stood on the easiest route between the Zarafshan water gap (Bukhara, Samarkand) and the Fergana valley, separated by high mountains. All these advantages attracted conquerors who kept on trying for centuries to subdue this beautiful land.

The city, existed under the Aheminid dynasty was first conquered by Alexander the Great, who fortified, then re-named it in his own honor to Alexandria Eskhata (from the Greek “Extreme”) in 329-328 BC. In the VIII century, Khujand, having already received its modern name by that time, was captured by the Arabs. And in the years 1219-1220, upon an enduring resistance offered by the resident population, it was destroyed by the army of Genghis Khan, who razed it to the ground.

However, its geographical position on the Silk Road facilitated to the revival of the city. The merchants who passed through Khujand, exported goods and silk fabrics, made by local crafts, importing, in their turn, novelties from distant countries of both European and Chinese civilization.

Thanks to the development of economy, science and culture, Khujand became a haven for many scientists, doctors, poets, and musicians. It was the birthplace of the astronomer Abumahmud Khujandi, poet Kamol Khujandi, traveler Hodja Yusuf, musician Sodirkhon Khofiz, who were deeply respected and honored all over Central Asia.

In 1866, Khujand was occupied by the Russian colonial army, and became a part of the Turkestan Governate General. And again, its favorable geographical position caused a new round in the development of the city. Later, with the advent of the Soviet era, the city was renamed to Leninabad (in honor of Lenin, the leader of the October Revolution). In 1929 Khujand became a part of the Tajik SSR.

During the XX century, the city continued to develop. During the Second World War Khujand became one of the centers to receive the people and plants evacuated from the European part of the USSR. This fact greatly contributed to the growth in industry, science and culture. The postwar years saw the construction of two bridges over the Syr-Darya River that caused the city to be built over on the right riverbank.

Today Khujand is the second largest and most important city in Tajikistan and its major economic, commercial, scientific and cultural center. The city with developed industry and transport connection has dozens of educational, medical and other institutions. At the same time, Khujand has managed to preserve monuments of its thousand-year history, interesting for the tourists visiting Central Asia.