Citadel on the banks of Panj

The Kah-Kakha fortress (also known as Kaahka) is one of the ancient sights of Pamir and the Wakhan corridor. It was built on a huge natural cliff of 700x220m over the Panj River not far from the Ishkashim settlement. This fortress had been serving as a defense construction from the 2nd century B.C up to the 7th century A.D. 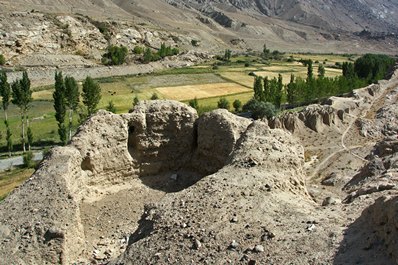 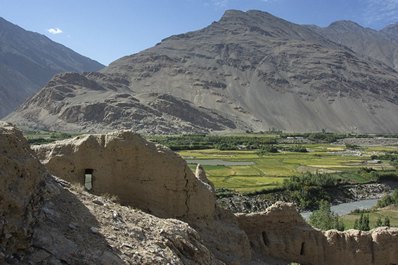 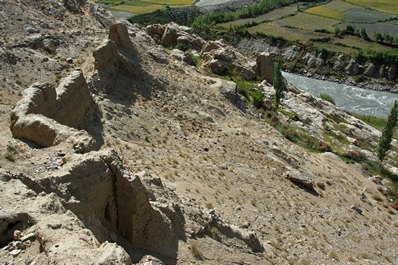 Today we have only ruins left from the massive fortress, even these remnants evidence that there once was a solid fortification construction. It is located on the right bank of the river Panj and the river provided defense from the southern side. Kah-Kakha is built on the separate big cliff with the height of over 10 meters; that made the fortress harder to reach. But for the better defense, they built walls and 56 towers; most of them were located on the eastern and western sides of the fortress. Gates were on the northern part. There was an elevated citadel inside the fortress that had its own walls that was one of its peculiarities. Thus, Kah-Kakha was a construction with an inner fortress. 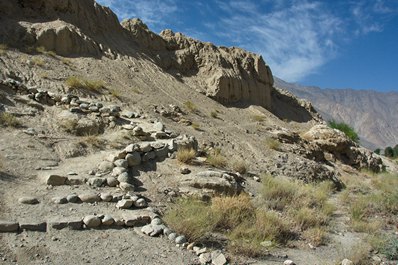 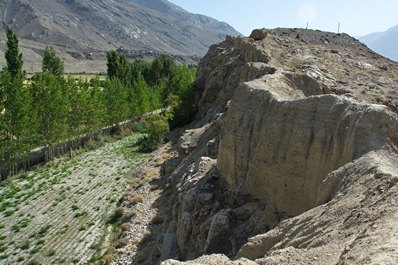 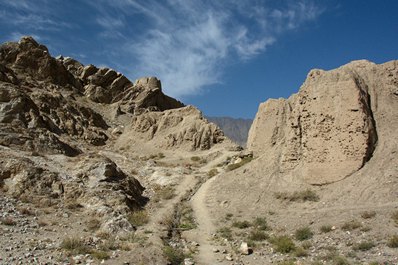 Unusual name of the fortress is often explained as follows: once a prince called Kaakh or Kakakh ruled there, and the fortress took the name in his honor. Though still there is another opinion that “kakh” meant fortress in one of the ancient languages (e.g., in Turkic languages, “kala” means fortress), and since this fortress consists of another one inside, the name turned as “Kah-Kakha”. 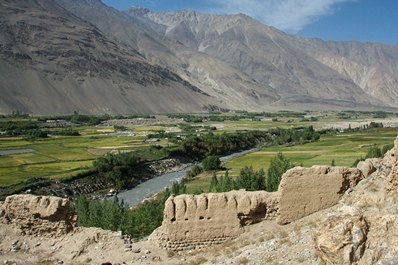 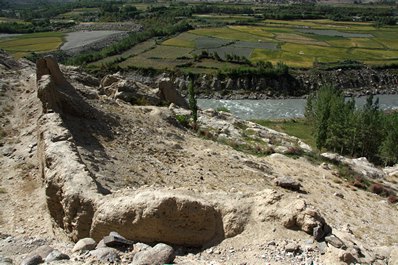 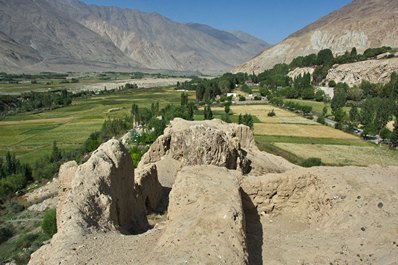 Archaeological findings evidence that the fortress was built in the 2nd century B.C., which means that it was built in the period of the Kushan Empire when the Great Silk Road was flourishing. Possibly, Kah-Kakha fortress appeared thanks to this trade route and its purpose was to defend caravans heading from China to Afghanistan and India along the Wakhan corridor. Decline of the fortress coincides with the time of Arab conquest to Central Asia, in the 7th century. Today Kah-Kakha is a historical site on Pamir Highway; its eastern part serves as a frontier post where the unit of Tajik troops control the border with Afghanistan. Entrance and photo shooting in this part of the fortress are strictly prohibited.