Sarazm is a settlement dated the 4th -2nd millennia BC located near Pendzhikent with survived temples of fire, public and residential buildings, cult and palace structures. A lot of objects made of copper, bronze, lead, silver and gold; armor, jewelry related to 4th - 2nd millennia B.C. were found there.

The settlement stands on a height extending from west to east on the left bank of the Zeravshan River. The total area of the settlement exceeds 100 hectares. 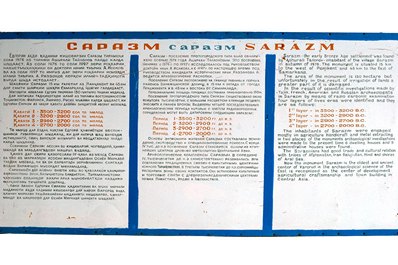 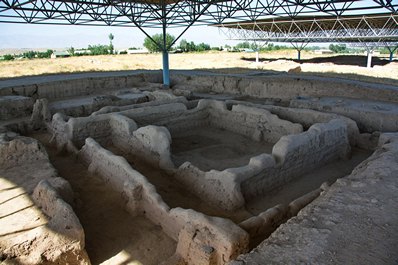 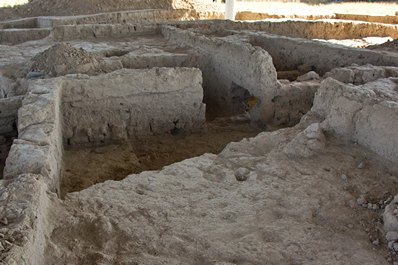 Sarazm was the ancient center of ores mining. Sarasm people exported the gold and silver found in the Zeravshan river valley to the countries of the Middle and Near East as well as West India.

Besides that Sarazm was one of the largest centers of metallurgy in the Central Asia. There the fragments of foundry forms, melting forges, massive pestles and hammers for ore crushing, metal objects in the form of axes, daggers, knifes, spears, pins, fishing hooks and ornaments were found. 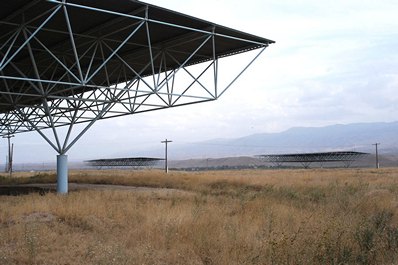 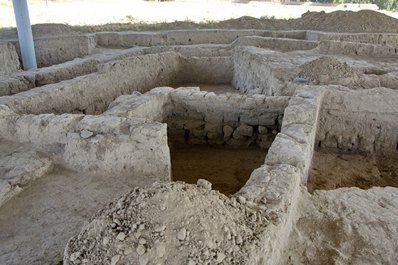 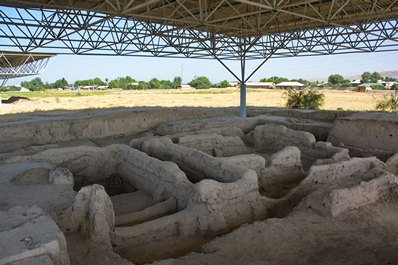 During the excavations in Sarazm the palace complex (the area of more than 250 square meters) was discovered. The complex included a big corridor, a vestibule, two or three halls and several auxiliary structures. All structures are connected by wide passages. One of the complex walls has windows for illumination and ventilation. The presence of circular altars in the center of the two halls might mean that it was not just a palace but also a place for cult ceremonials.