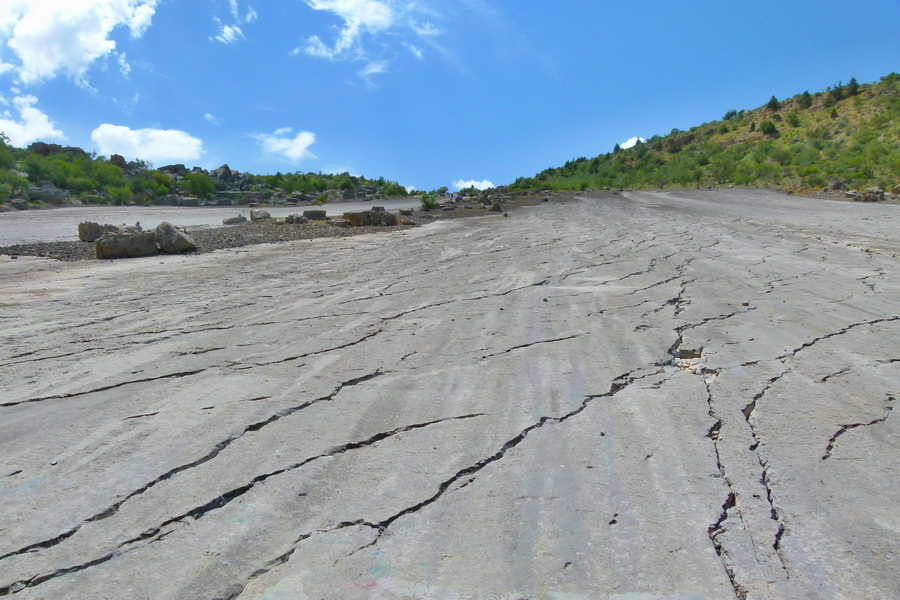 Tours, Attractions and Things To Do in Magdanly

The city of Magdanly (Magdanli), which is located in the Lebap province of Turkmenistan, was called Gaurdak (Govurdak) until 2002. Magdanly is located in the east of the country, between Uzbekistan and the Amu Darya River. The history of the city has been conducted since 1947. Until 1992, Gaurdak was a village, then it was transformed into a city. Today 77 thousand people live in Magdanly. Many of them are engaged in the extraction and processing of native sulfur and the production of potash fertilizers. The old name of the city "Gaurdak" translates as sulfur mountain ("govur" – sulfur, "dag" – mountain). Recently, a large deposit of celestine was discovered in Magdanly. In addition to Turkmenistan, this mineral is mined only in 9 countries of the world.

One of the most famous attractions of Magdanly is the dinosaur plateau. It is located a few kilometers from the city. Scientists have conducted research, as a result of which they came to the conclusion that dinosaurs lived on this earth 150 million years ago. Attentive tourists will discover fossilized dinosaur footprints. There are several hundred of them in total. Most of the tracks are located on the eastern side of Gaurdak Mountain. The largest footprint is 71 centimeters long, the smallest is 18 centimeters.

In the district center, near the entrance to Magdanly, there is a colorful market. Here you can buy fruits and vegetables, camel wool products, as well as chat with local residents. Please note that you need to bargain in the market.

Not far from the city there is a small sulfur lake. The water temperature in the warm season is kept here at +18 ° C. There are very picturesque views from here. There is a small underground spring nearby. There are also two natural sinkholes – lakes that appeared as a result of an earthquake. The relict Koitendag Nature Reserve, founded in 1989, is designed to preserve unique mountain landscapes. It is home to 230 species of birds, over 800 species of animals and more than 150 species of plants. Some plants are listed in the Red Book.

Other attractions of Magdanly are karst caves. The Vertical, Gulshirin, Khoshm-Oyk (house of jewels) and Kap-Kutan caves are not man–made natural creations. Excursions are arranged to these dungeons. Each cave is unique. For example, Kap-Kutan is one of the longest caves in the world – its length is 56 kilometers. Gulshirin Cave has many separate halls with stone flowers. And Gaurdak was one of the most beautiful caves. There were stalagmites and stalactites made of yellow onyx. But because of the collapse, the entrance to the cave was inaccessible.

The Kyrk-kyz grotto (forty girls) is a place of pilgrimage. The 50-meter grotto is located in a deep canyon. According to legend, a saint lived here, and after his death, a healing spring appeared on this place. People come here to pray for healing, and also wash with water and take it with them.