While travelling in Mary oasis you frequently see silhouettes of hills-fortresses which have stackedd from time. These are numerous manors-keshks of medieval feudal lords. The biggest of them are historical landmarks Major and Minor Kyz-Kala. 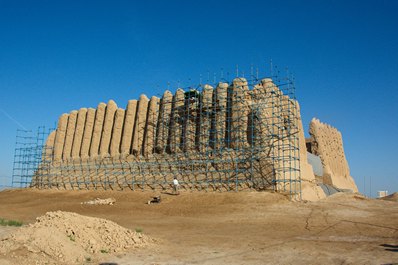 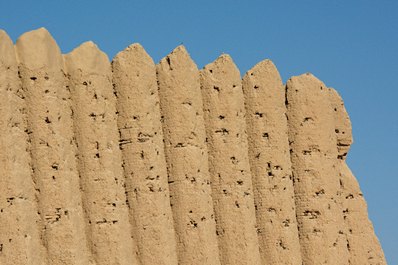 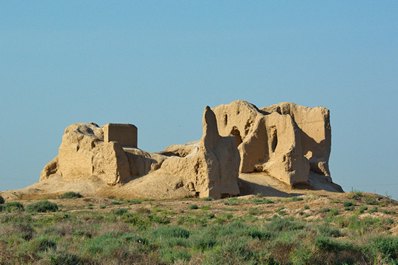 Major and Minor Kyz-Kala are relatively small fortresses with corrugated, as if pleated, walls. They were put on earthy ramps with a slight inclination. The small windows are hidden the pleated walls. From above the walls were furnished with loopholes which were practically have not survived.

The rooms on the ground floor were lit with the help of five windows. The staircase leading downwards passed through the arcuate corridor. The second floor layout can be only imagined by means of separate fragments. The second floor also had at least five rooms which were located around the inner yard. 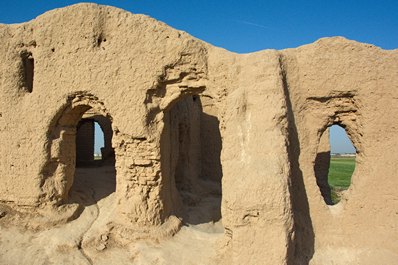 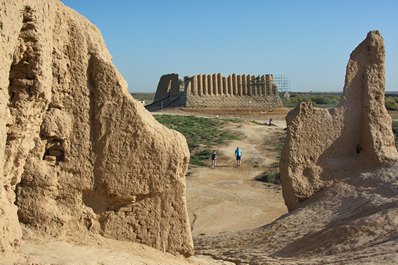 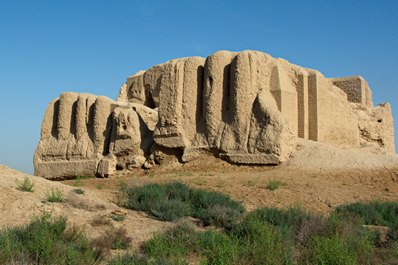 Minor Kyz-Kala stands approximately hundred meters to the south from Major Kyz-Kala; its layout was the same but it has survived in far worse condition. The corrugated facade can be seen only on the eastern side of the structure.