Tours, Attractions and Things To Do in Merv

Merv oasis (40 km from Mary) is one of the most ancient territories of Central Asia that introduced irrigation system among the first. It led to the formation of one of the largest cities of ancient world - Merv (Margush, Margiana, Mary). The origin of Merv is shrouded in mysteries. One fact is known for sure, though - the first written references to this city were found in Avestian chronicles of approximately the 8-6th centuries B.C. The chroniclers widely used bright epithets naming it "a soul of a king, a mother of Khurasan cities, and, the city that helds the Universe. Omar Khayyam, As - Samani, Imamaddin-Isphakhani and other great thinkers of the Middle Ages lived there. 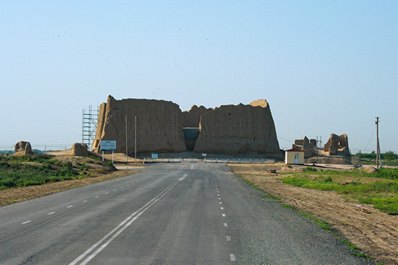 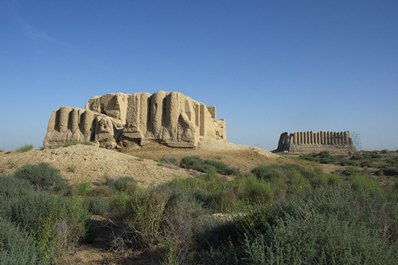 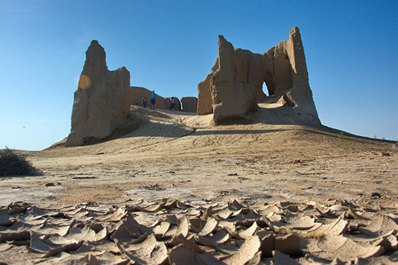 The modern ruins comprise at least five ancient settlements - Erk-Kala, Gyaur-Kala, Sultan-Kala, Abdullakhan-Kala and Bairamalikhan-Kala. The most part of them is heavily destroyed, some of them remind sagged hills but nevertheless Merv remains one of the most unique historical monuments.

Among the most interesting historical monuments is the mausoleum of Sultan Sandzhar Dar-al-Akhir (1140 A.D.) whose name is connected to the prosperous period of the great Seljuk Empire. This amazing landmark is almost 40 m high.  Legendary dome constructed from two thin brick shells makes the medieval skyscraper unique. 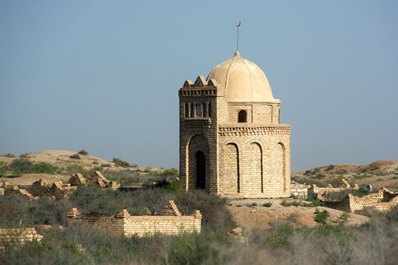 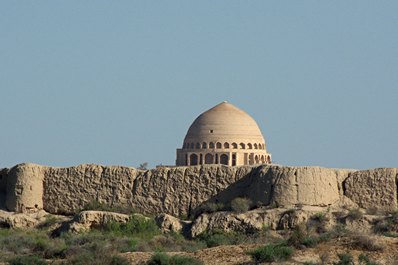 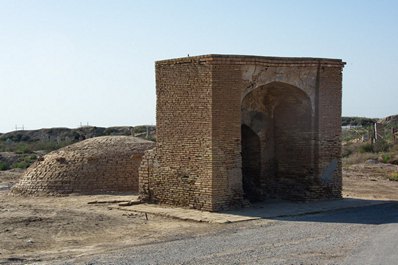 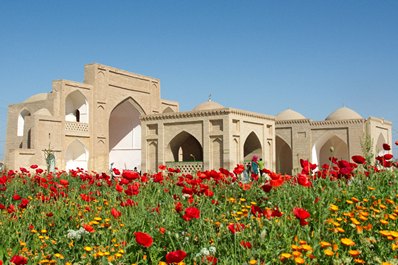 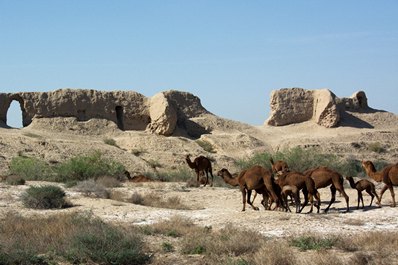 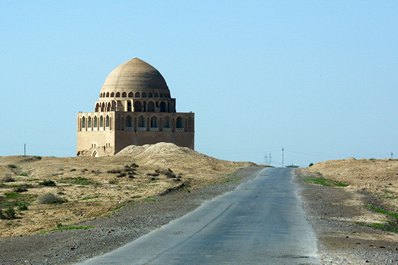 Today Merv is entered into the list of the World Legacy of UNESCO as a well-preserved ancient center of the Great Silk Road.