Mohammed ibn-Zeid Mausoleum is an outstanding monument of Sultan-Kala. It is relatively small but arouses admiration by its original architectural solution. The interior of the mausoleum has a unique wall inscription in Arabian language. The letters skillfully carved from burnt bricks boldly stand out on the background of the vegetative pattern made of plaster. Its says that the mausoleum erected above the tomb of Mohammed ibn - Zeid, the representative of Shiit branch of Islam, the descendant of caliph Ali in the fifth generation in 1112-1113. 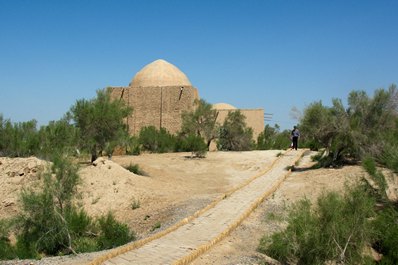 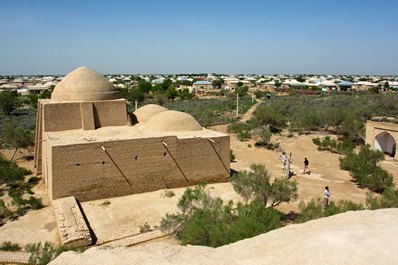 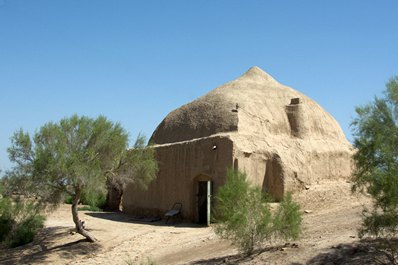 As a descendant of the Prophet and consequently the contender to imamate, Mohammed ibn-Zeid headed the revolt against Arabian caliphs Omeyads in the 8th century. Shiits who supported him proclaimed ibn-Zeid imam but in ten months the revolt was severely suppressed and Mohammed ibn-Zeid was killed. His body was crucified on a cross in Kufa; his head was sent to caliph in Damascus. First, instead the mausoleum there was a small tomb with ibn-Zeid's head in it but gradually it turned into the magnificent architectural complex known to the entire Muslim world as Mohammed ibn-Zeid Mausoleum and is by right recognized as one of the best examples of Islamic architecture. 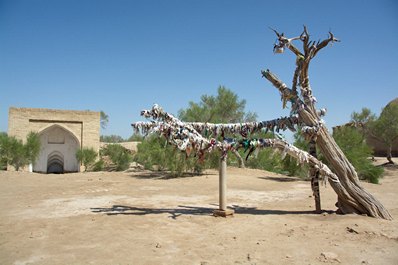 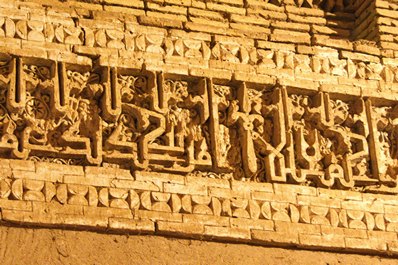 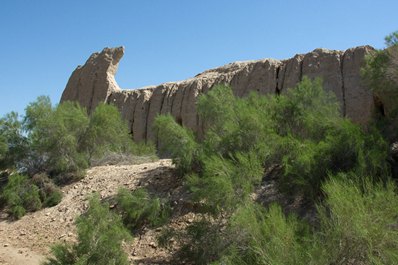 The mausoleum is topped with domes, one of which higher than the others. The architectural style of the 12th century monument is amazing in its harmony and simplicity.