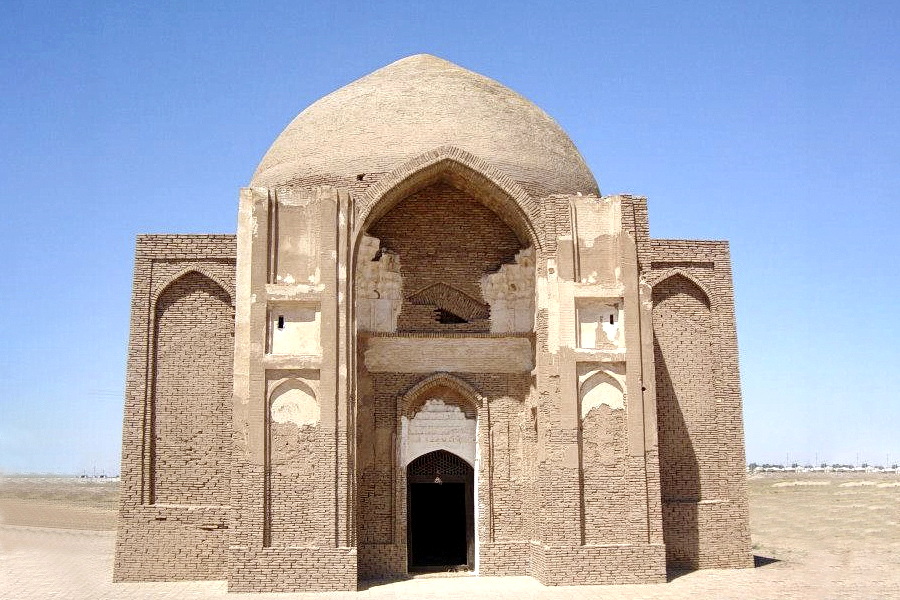 Tours, Attractions and Things To Do in Serakhs

Serakhs is situated in Akhal veloyat of Turkmenistan not far from the Iranian border. The city is considered the center of the Serakhs etrap. Modern Serakhs is rather an urban-type community than even a city, located in the center of the Serakhs Oasis, in the Tedjen River upstream. Up to date the territory of Serakhs and Old Serakhs, as well as that of other historical and architectural monuments located in the oasis’ territory is a part of the historical and cultural reserve established in 1991.

Serakhs is one of the most ancient cities in the territory of Central Asia. Its history begins in the Eneolithic (IV millennium BC), when the first settlements sprang up in the oasis’ territory. In the first millennium BC Serakhs was a part of the Akhaemenid Empire. From this period a hill surrounded with a few barrows once being an ancient Persian fortress has left. The city had been prospering before the time when the Arabs came to Central Asia. In spite of the city-folk’s fierce resistance, Serakhs was destroyed. After that Serakhs was uninhabited over hundreds of years and only under the Takhirids there appeared the first settlements. The city reached its fullest flourishing in the time of the Seljukid dynasty’s regiment. At that period the city became one of the trade centers in Central Asia, since it is located on an intersection of trade routes. The city’s decline started with the beginning of Mongolian invasion. Like many other cities of the Khorzmshakh state, Serakhs was completely devastated by the Mongols. Today there only ruins left on the place of the ancient city and the place itself is called “Old Serakhs”. The modern settlement sprang up at the end of the XIX century in 1884, when Turkmen lands were annexed by Russia.

7-8 km to the south-east from Serakhs there are the ruins of the Yarty-Gumbez (“Half of the Dome”) of the XI century. Along with the Abul-Fazl Mausoleum, this mausoleum is considered to be one of the best examples of Turkmen medieval architecture. There a lot of theories about the mausoleum’s belonging, but the Turkmen believe that it is the place where Muhammad Khanalja was buried.

Another unique monument of architecture in South Turkmenistan was built in 1024. The Abu-Fazl Mausoleum or it is also called as Serakhs-Baba is of square shape (15,4 x15,4). This domed building is decorated with marble and inscriptions from the Koran.

Another place of interest is located 15 km from the modern city. This is the ancient settlement of Mele Kheyran. The excavations revealed that once there situated a Zoroastrian temple of fire. Up to date there left only a 7-m high barrow. Only a lower part of the walls and a big altar in the center of the hall are left from the temple.