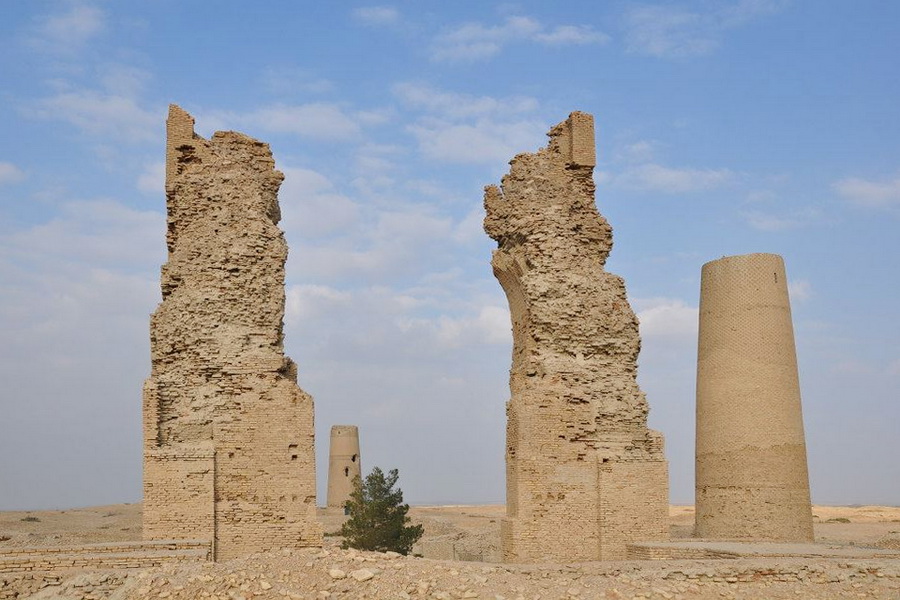 Towering over absolutely flat, waterless and clay plain of Balkan velayat which earlier was known as Misrian Valley are the mysterious and mystical ruins of ancient Dekhistan - the most remote and isolated city. Once it was a prospering medieval city on the caravan route between Khoresm and Persian Hyrcania. Dekhistan lay in the center of Misrian oasis and was also called Misrian (Messorian). (The name Dekhistan originated from dakhs - the tribe which used to inhabit the place).

Dekhistan emerged in the late 8th and early 9th centuries, the period of its boom fell on the period of Khorezmshak dynasty rule. The full area of city was about 200 hectares and was protected by means of a double ring of walls. The historians of that time reported : «… Dekhistan is a city with a large mosque, being the boundary stronghold standing on the way of Turks-oguzs … ".

Dekhitan did not last long, though. When the armies of Genghis Khan came there they saw already dying city. After Mongolian invasion the life in city went on in the 13th - the 14th centuries, and in the 15th century the life in Dakhistan-Misrian disappeared for good. Numerous ruins of various buildings testify about its former majesty.

The monuments survived include: the well-known Shir-Kabir mausoleum, two 25 m minarets, the portal of the cathedral mosque, the remnants mud-brick clay city walls, the ruins of caravan serais and the mausoleums on Mashad necropolis.

A few caravan serais located around this ancient settlement behind the fortification mark the sites of several city gate s and the directions of caravan routes leading from the city: the south gate led to Persia and Turkey; the eastern - to Bukhara, Samarkand, Merv; the northern - to Russia and Europe.